Welcome back to the ol' Arcana for another round of Grab Bag Goodies!
As outlined in previous installments, I purchased a few hundred promotional stills that have had their title captions trimmed off. Some I recognize, most I don't. It's up to my faithful readership to help me decipher what they're promoting. Hell, solve enough of 'em and maybe I'll send you some of the duplicates I received!
For those not familiar with promo stills, they occasionally carry a helpful hint or two. Some are branded with a cataloging code of letters and numbers which usually signify an abbreviation of the title (sometimes a retitling) and, if you're especially lucky, maybe the year of release (not to be confused with year of production). And that's pretty much all we have to go on...
The ninth batch is below; let's see what you've got! 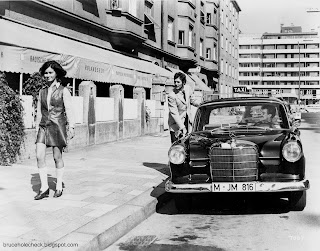 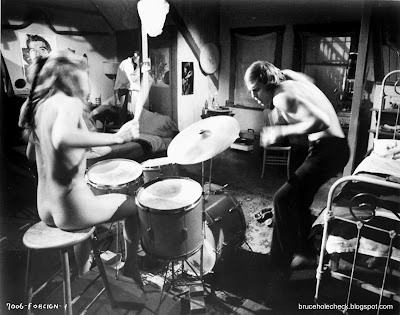 Looks like this photo is from Jules Bricken's Explosion (1969), an anti-war effort starring Gordon Thomson and Don Stroud as draft-dodgers trying to make their way North of the Border.  Ultimately, things go South instead.  I've never seen it, but it sounds pretty good and I'll definitely be keeping it on my radar!  No DVD that I know of, but there's an old TransWorld Entertainment VHS that can be picked up for a few bucks. 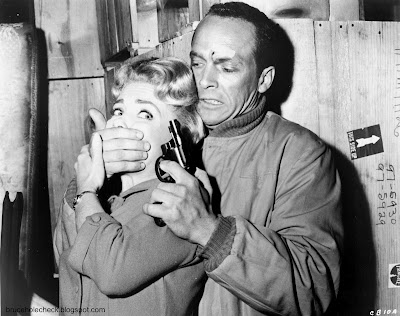 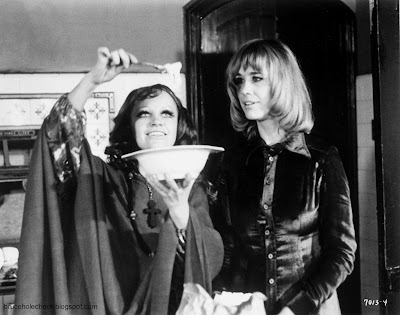 Thanks to an Anonymous reader for identifying Derek Ford's Groupie Girl (1970), better known Stateside under its AIP release handle, I Am a Groupie. Given its monikers, one probably knows what to expect as a girl finds herself slutting through Britain's late '60s music scene, with typically depressing consequences.  I've never seen the flick, but it sounds like a hoot!  No domestic DVD, though there is a UK disc that may be worth snapping up. 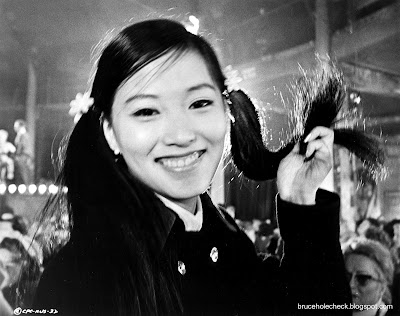 #45: CPC-MUS-32 © 1970 Columbia Pictures Industries, Inc.
Like what you see? Be sure and check out our previous Grab Bag Photos, some of which are still unidentified. Speaking of which,Name that Movie Monday Challenge #24 is still open; I've since added a few worthless hints for frustration's sake. (Challenges #27 & #28 have been solved, but real life keeps interfering with real blog updates!  Damn the Man!)
And don't forget, our Upcoming Releases List (the best on the 'net) is constantly updated, so stop by and pre-order some cool stuff!
© 2012 -- Bruce Holecheck. All Rights Reserved.
Posted by bruce holecheck at 7:19 PM