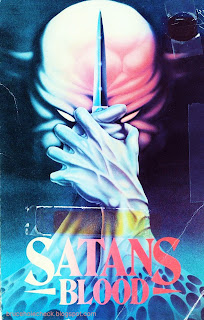 Anna and Andres, a young innocent married couple are lured into the forbidden world of the occult ... without realizing it Anna and Andres find themselves participating in evil satanic rites.

The final terror awaits them just when they think they are safe. 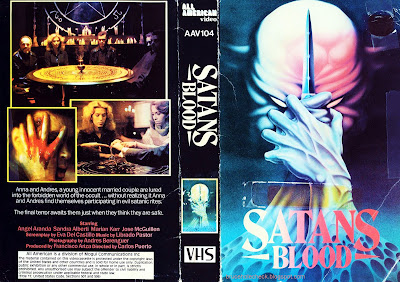 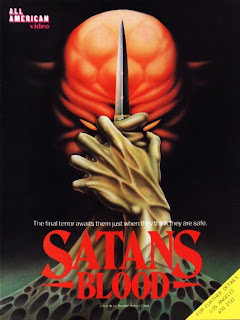 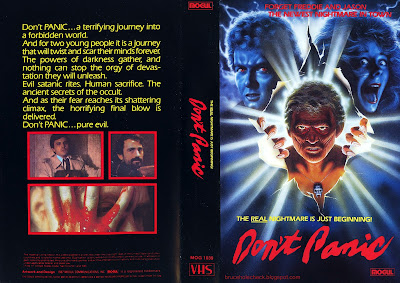 For info on this release, check out our Don't Panic listing! 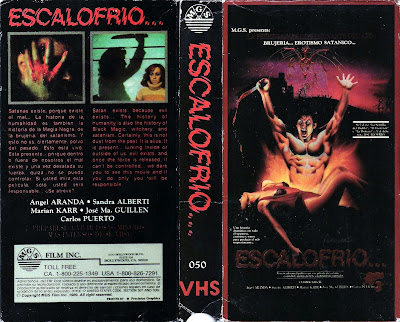 Spanish-language U.S. MGS Films, Inc. slip cover, courtesy of Mike Schack!  Be sure and check out his eBay auctions as GalleryOfTerror! 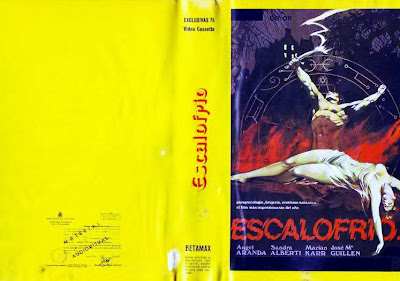 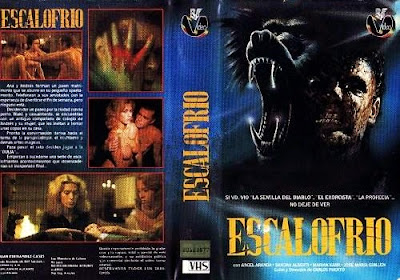 Spanish RF Video sleeve (with key art cribbed from Vittorio Rambaldi's Primal Rage)!  (Does anyone have a better quality scan of this?) 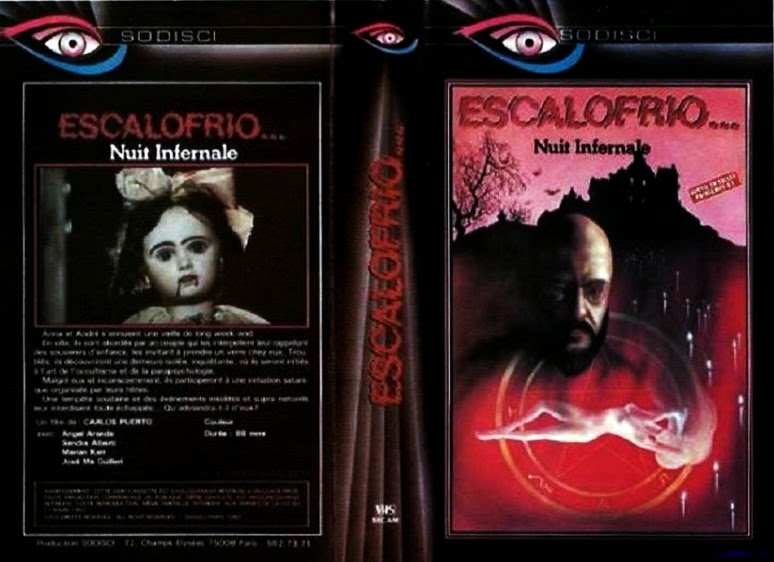 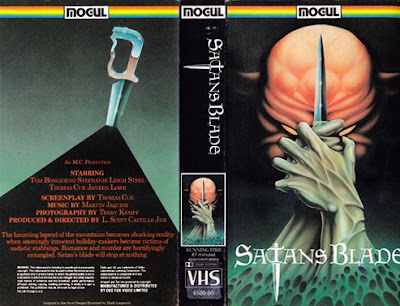 Figuring no one on this side of the Atlantic would ever know, Mogul recycled the Satans Blood artwork from their 1984 UK pre-cert release of L. Scott Castillo Jr.'s Satan's Blade (1984)!  While Prism Entertainment adopted different (and pretty awful) artwork for their domestic VHS of the film, North American labels Trend and Galaxy appropriated this design, simply masking out Mogul's information and pasting in their own!  This led a lot of people to assume the companies were somehow related, but I'm pretty sure it was a simple case of theft.

While not readily available on VHS, Satan's Blood has been issued on DVD twice, once by Mondo Macabro and later by Scorpion Releasing.  Both use the same master, but the Mondo Macabro release has more supplements.

Posted by bruce holecheck at 4:39 PM