The VHS Archives: Rene Cardona's NIGHT OF THE BLOODY APES (1969) 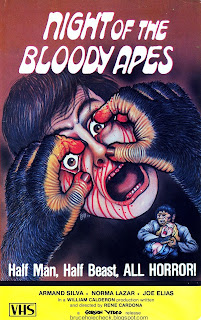 Verbatim Box Synopsis
An eminent physician told of his ill son's inevitable death is forced to attempt the impossible.
Distraught and willing to try anything our desperate doctor transplants the heart of an ape into his own son.
The result is a maniacal monster with an insatiable lust for blood.
The appalling carnage that follows aptly reiterates the age-old cliche -- never fool with mother nature. 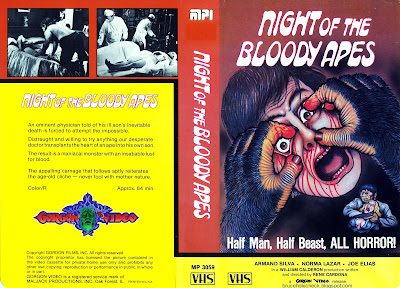 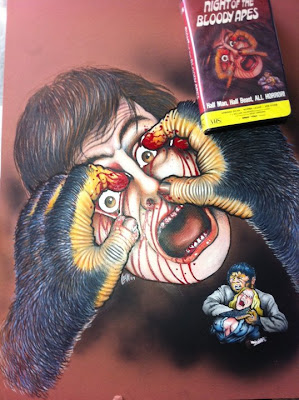 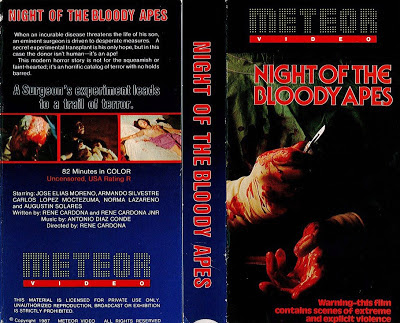 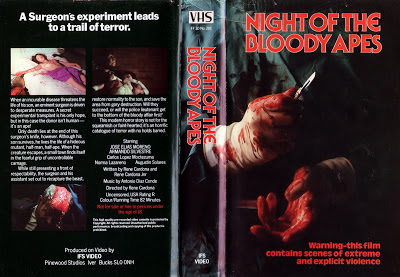 U.K. IFS Video sleeve, courtesy of It's Only a Movie!
One of the original Video Nasties! 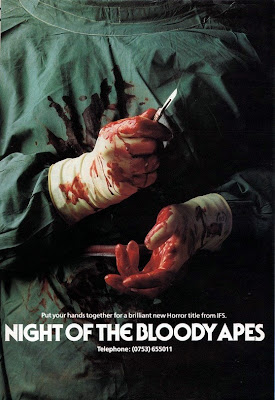 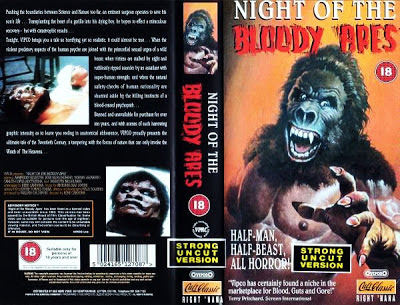 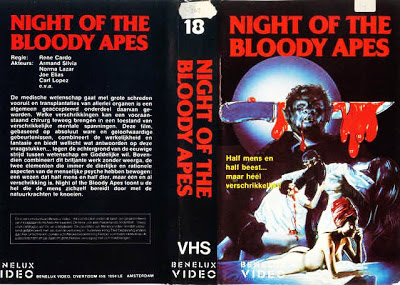 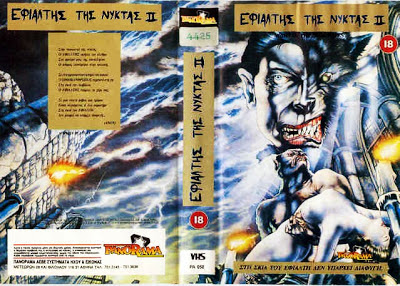 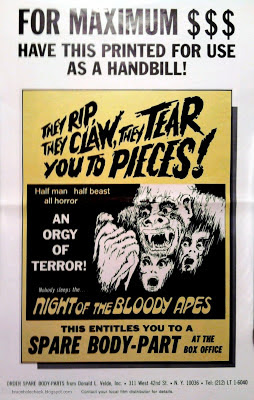 An insert from my U.S. Jerand Films pressbook, advertising spare body parts for theatergoers. Did this ever actually happen? I haven't seen it referenced anywhere else. I'd love to see a picture of this particular ballyhoo -- I mean, who wouldn't want a spare body part?!


Looking for Night of the Bloody Apes on VHS? It's available on Amazon here. If you prefer DVD, there's an excellent double-bill from Something Weird Video, paired with Emilio Vieyra's Feast of Flesh (The Deadly Organ) (1967). Another curio is BCI Eclipse's DVD, which actually includes the original (much more boring) Mexican version alongside Jerald Intrator's gored-up reworking.