As outlined in our first installment, I recently purchased a few hundred promotional stills that have had their title captions trimmed off.  Some I recognize, most I don't.  It's up to my faithful readership to help me decipher what they're promoting.  Hell, solve enough of 'em and maybe I'll send you some of the duplicates I received!
For those not familiar with promo stills, they occasionally carry a helpful hint or two. Some are branded with a cataloging code of letters and numbers which usually signify an abbreviation of the title (sometimes a retitling) and, if you're especially lucky, maybe the year of release (not to be confused with year of production). And that's pretty much all we have to go on...
The second batch is below; let's see what you've got! 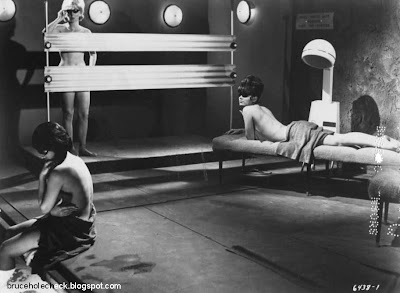 #6: 6438-1
Thanks to William Connolly for identifying Ib Melchior's appropriately-named sci-fi romp, The Time Travelers (1964)!  I've never seen it, but it allegedly contains the world's first Forry Ackerman cameo.  Not on DVD to my knowledge, but the original Thorn/EMI VHS tape can be had for a price. 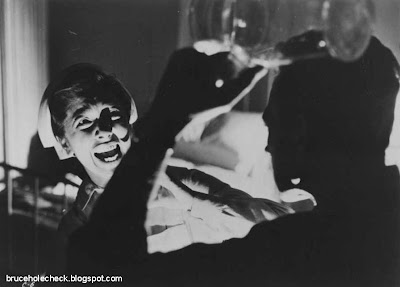 #7: C-6
Thanks to Neil Vokes for identifying Riccardo Freda's blobtastic classic Caltiki the Immortal Monster (1959). Credited with launching the directorial career of Mario Bava (who reportedly helmed much of the picture), it remains inexplicably unavailable on legit DVD Stateside.  There was a really nice edition

issued overseas by the Italian arm of NoShame, but it's currently out of print and goes for a pretty penny. 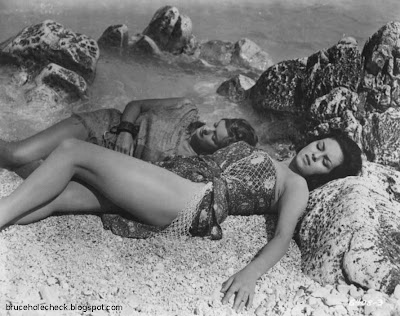 A big thanks to the Waldmeister for finally freeing the Women of Devil's Island (1962)! An Italian import directed by Domenico Paolella originally titled Le prigioniere dell'isola del diavolo (The Prisoners of Devil's Island), the film follows a group of sexy, sassy female prisoners (including French beauty Michele Mercier) on their way to the titular penal colony. Once there, they're exploited and abused; trading favors with the guards becomes a way of life. American star Guy Madison shows up as the new "warden" and tries to change things for the better -- but is he really just interested in the gold rumored to be hidden there? Without surprise, Something Weird Video issued it on VHS as part of their Historical Hellraisers series. A cheapo DVD from Synergy is also available. 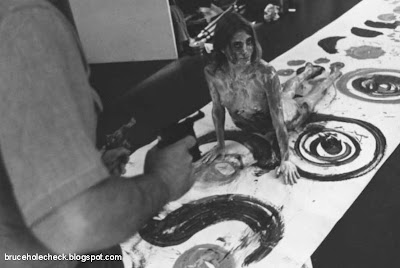 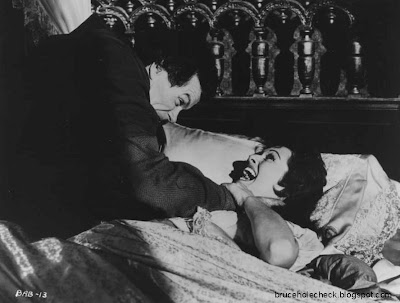 #10: BAB-13
Like what you see?  Be sure and check out Grab Bag Photos 1-5, some of which are still unidentified.  Speaking of which, Name that Movie Monday Challenge #20 is still open; I've since added a few worthless hints for frustration's sake.
And don't forget, our Upcoming Releases List (the best on the 'net) is constantly updated, so stop by and preorder some cool stuff!  That's all for now, see ya' soon with our next In Search Of profile and the Mondo Digital Top Ten of '10 write-up!
© 2011 -- Bruce Holecheck. All Rights Reserved.
Posted by bruce holecheck at 1:12 AM