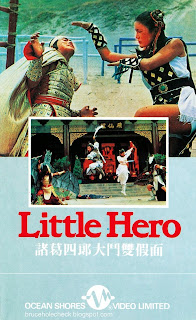 Verbatim Box Synopsis
When Sergeant Chu-ko went riding through the dense forest, he heard continuous yells for help. He rushed to detect and found that it was his disciples Ching Feng and Ming Yueh who were hanged on the branc. He saved them immediately. However, he was entangled by the ropes set by villain. Happily he was smart enough and also superior in kungfu. He finally turned peril into safety.
The villain hurriedly returned Fort Skeleton to report to Smiling Mask. In knowing that his scheme for stopping sergeant Chu-ko to go to Feihsien Village was in failure he ordered his men to rob Dragon and Phoenix treasure swords. Just at the time, it was reported that Chin Hsiao-Yu and Chin Liang would bring Phoenix Sword to return Feihsien Village tomorrow noon. Smiling Mask thought that it was the best chance to fulfill his plan. He appointed Hsueh Yen-Niang and some men to rob. They captured Chin Hsiaoi-Yu. Chin Liang was forced to fall down the cliff by Crying Mask. Nevertheless, he gave the Phoenix Sword to the boy Lin while he was in danger... 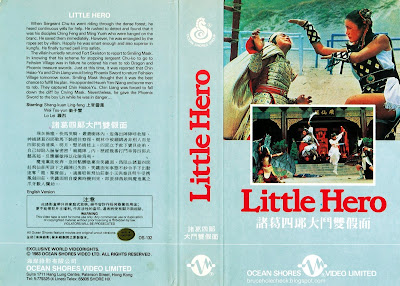 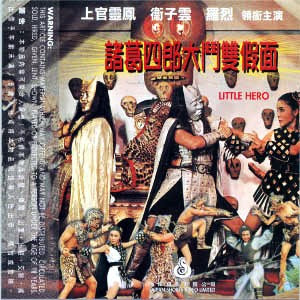 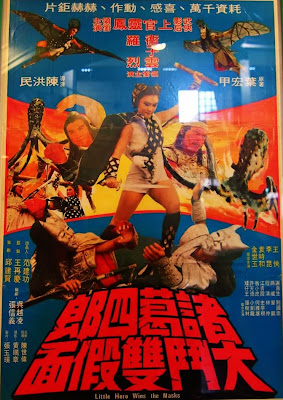 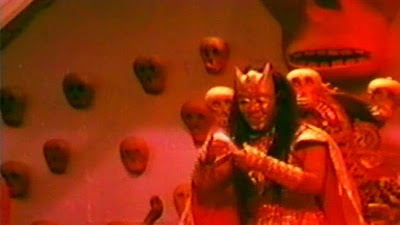 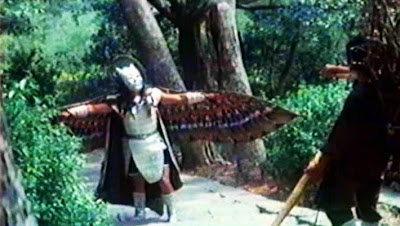 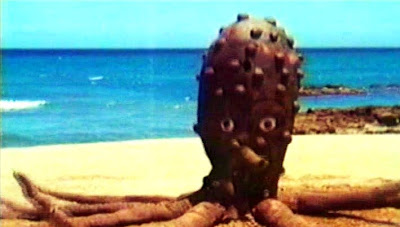 Some screenshots, originally captured by "Beavis"!

Polly vs. the legendary kung fu octopodes in an amazingly ridiculous
scene, uploaded by Kenneth Brorsson!

Looking for Little Hero on VHS? Good luck. No DVD, either!