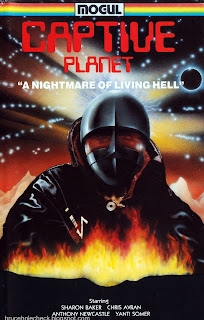 The World is at war with Aldebrand, a plent in the Astes Galaxy. Kess with his gigantic spaceship proceeds towards Earth. Thanks to the special metal from which the ship is made he breaks through Earth's safety shield. The special metal (Indrium) must be neutralised to end this nightmare of terror.
A spectacular large-scale battle between the star fighters of Earth and the spaceships of Aldebrand commanded by the sadistic Kess follows.
Can the Earthlings survive this massive alien onslaught and send the invaders home? 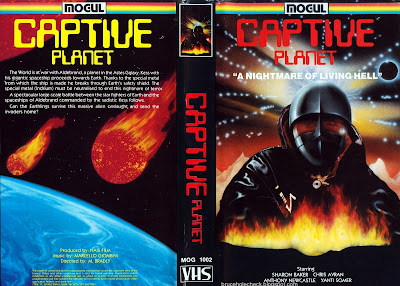 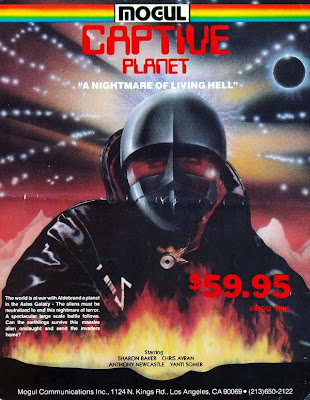 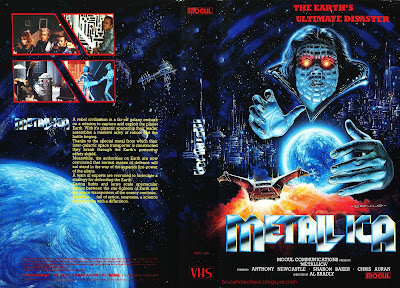 For more info on this release, check out our Metallica listing! 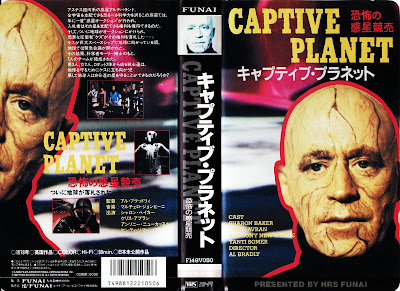 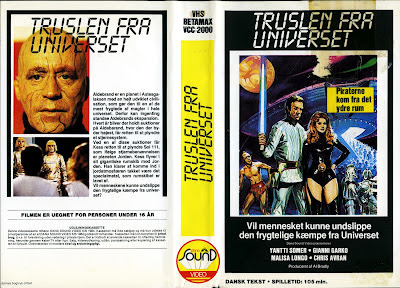 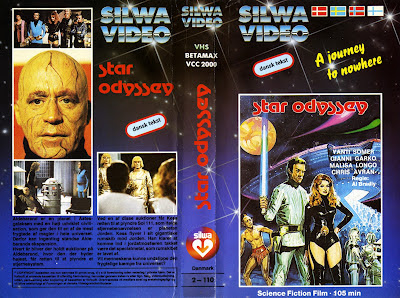 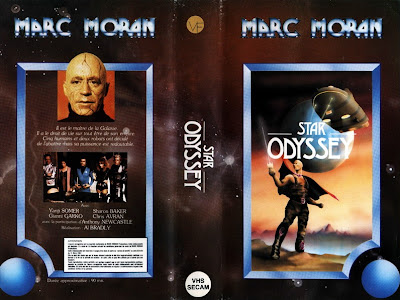 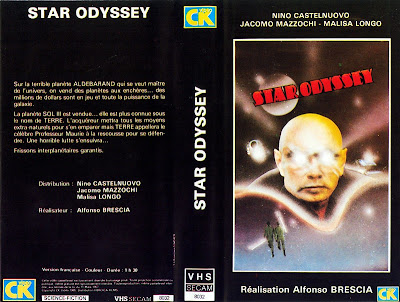 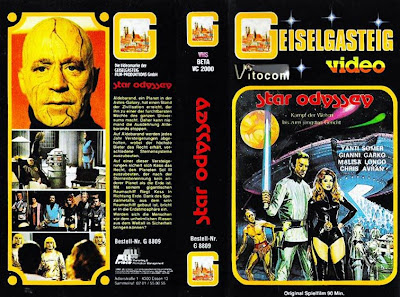 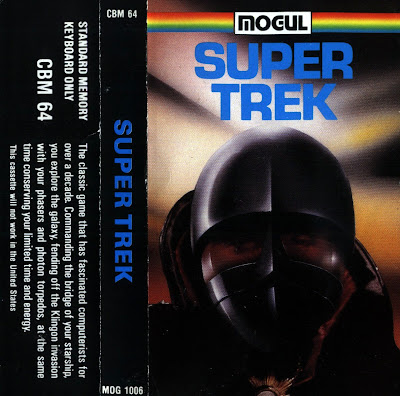 Mogul's VHS art can actually be traced back to the 1983 release of their Commodore 64 videogame, Super Trek. Most of their games were rip-offs of popular arcade hits, but this one appears to ape a text-based Star Trek game. Alterations look to include changing Lt. Uhura to Nubian...

Some favorite moments, compiled by "Vonyco"! Of special note are the depressed, suicidal robots. They seriously steal the show any time they're on screen! It's eventually revealed that they want to die because they don't have the proper parts needed to "go all the way" and prove their love to each other! Amazing...
Looking for Captive Planet on VHS? It's available on Amazon here. You can also find a budget DVD double-bill from Alpha, paired with Terry Marcel's Prisoners of the Lost Universe (1983).
Investigate more titles with Project: MOGUL!