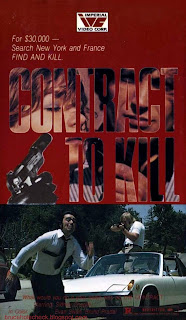 About the Film
Director: Claude Mulot

What would you do if you walked into a room and saw two bullet-riddle bodies -- the killer still standing over them?  THOMAS CHANARD runs for his life!  He recognizes the murderer, GINO LONGUA, a prominent member of the New York syndicate, and he knows LONGUA will put out a contract on him --that he will be the next to die, if they find him.  Where would you be safe if you were worth $30,000 -- DEAD.  THOMAS runs home to the small French village he left two years ago -- to the girl he loved, but couldn't have.
There is no safety in the past.  THOMAS is caught in a whirlpool of violence he can't control, that pulls him deeper into the emotional depths he has always tried to avoid.
The overwhelming reality of the contract builds to an unbelievably bloody climax which will leave the viewer breathless! 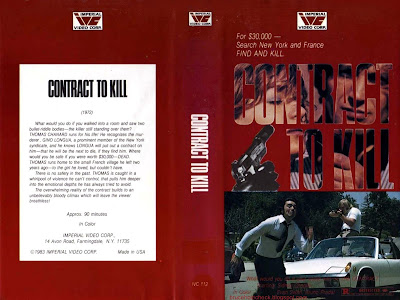 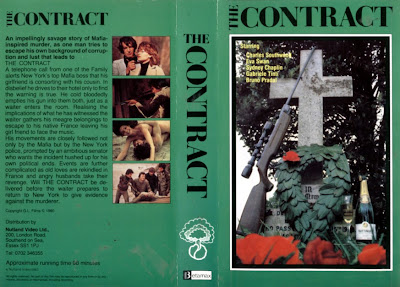 U.K. Nutland Video sleeve, courtesy of "movie-samurai"!  Be sure to check out his Iver Film Services tribute site! 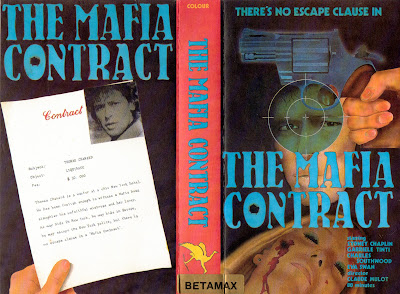 Posted by bruce holecheck at 8:28 PM