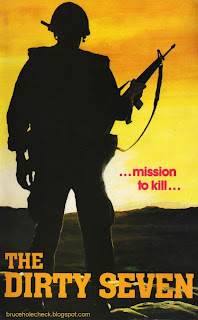 About the Film
Director: Bruno Fontana
Year of Release: 1982

A party of commandos go on a dangerous mission to kill...
... two are killer, their captain is wounded and the rescue craft which was supposed to pick them up, shoots at them instead...
... betrayed, forsaken and hungry, filled with fear and despair, the survivors become brutes...
... A strange girl joins them.  Sheila (LAURA GEMSER) is a fascinating and sensuous woman who agrees to lead them to safety; but instead she makes them betray each other.......
A picture full of HIGH SUPSPENSE and HUMAN DRAMA starring LAURA GEMSER, ANGELO INFANTI, GABRIELE TINTI written and directed by BRUNO FONTANA 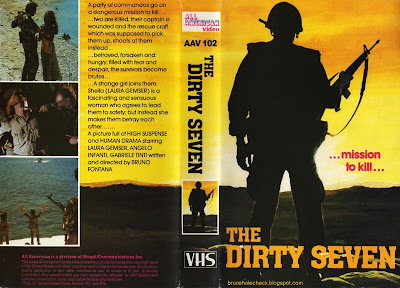 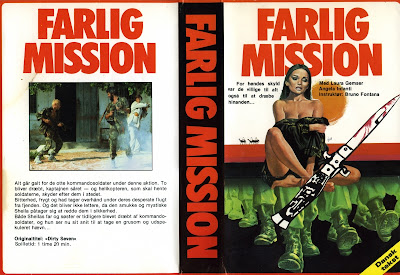 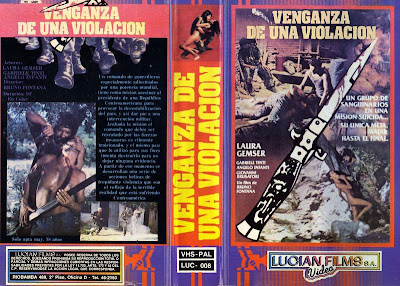 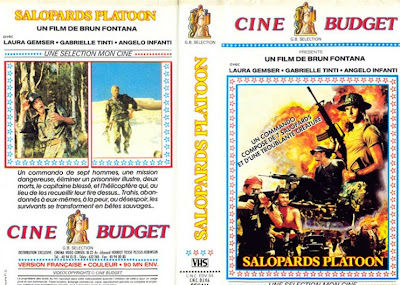 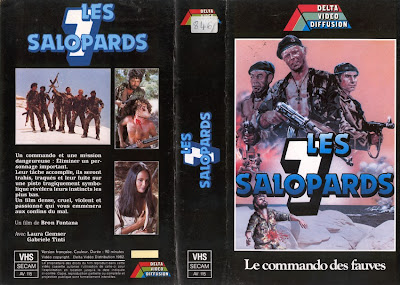 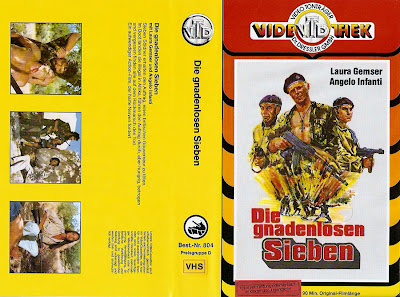 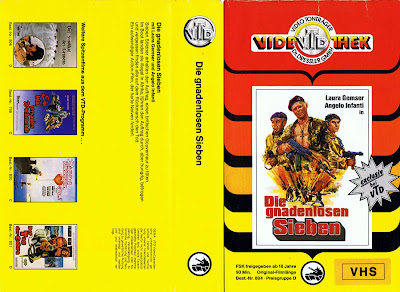 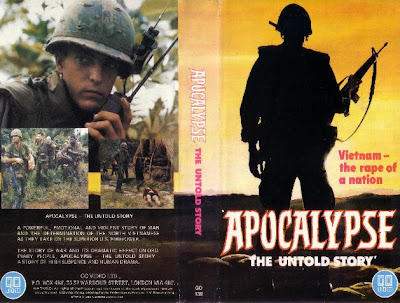 It looks like the All American artwork can be traced back to GO Video's UK cover for Apocalypse, the Untold Story! (Scan taken from The GO! Video Tribute Site!)
Looking for The Dirty Seven on VHS? It's available on Amazon here, though it's not the All American release