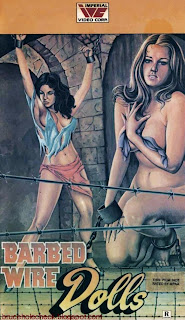 Verbatim Box Synopsis
Women convicts are doomed to a fate worse than death, in a hell-hole of a prison in a South American jungle. They are ruled by a sadistic female warden with powers of life and death over her charges.  Each inmate lives in deadly fear of becoming the next object of the Warden's perverted sexual fantasies.  Once sent to the "Torture Chamber," they are never the same again, mentally or physically.  Sometimes they are carried out in a box.  Three of the most desperate women ultimately kill their tormentors in their dash for freedom. 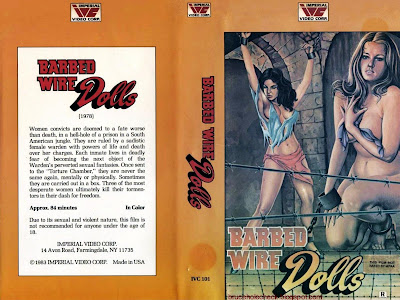 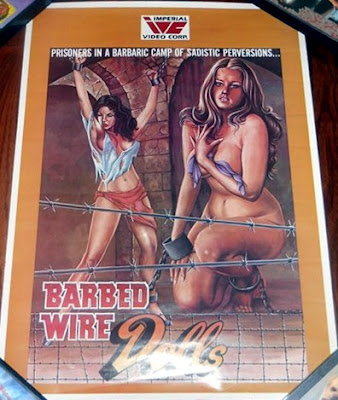 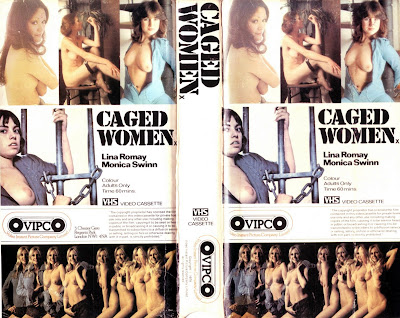 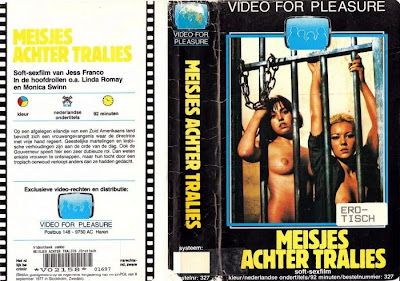 One of Uncle Jess' more ridiculously sleazy efforts, Barbed Wire Dolls, while certainly no masterpiece, showcases several justifiably famous setpieces guaranteed to stick to your brainpan for the rest of your life.  Plotwise, it's your typical women-in-prison offering, but as with most of Franco's work, it's all about the details.  Yup, this is the film that, in order to save film-stock, Jess shoots a slow-motion sequence in regular speed, with both him and Lina Romay feigning the lesser frame-rate, and not quite succeeding... Other "highlights" include your usual sadism and torture, with all sorts of beatings, torture and electrocution, but it's the "cigarette masturbation" bit that really drives home this one's level of grubbiness.  Worth a look, just to see how grimy the maestro can get.

Looking for Barbed Wire Dolls on VHS? It's available on Amazon here.