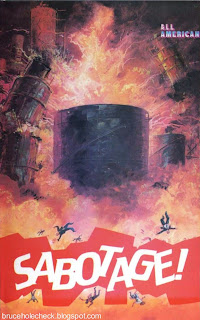 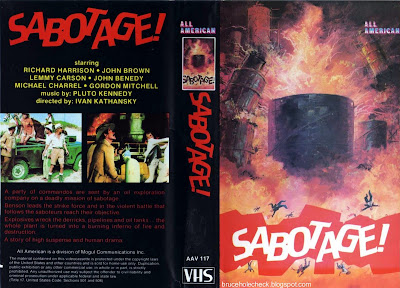 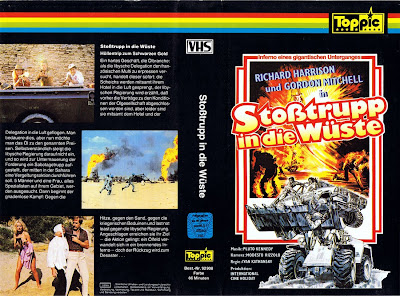 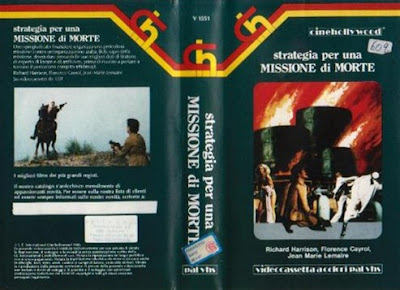 Italian Cinehollywood sleeve!
Notes
Bob Monell from I'm in a Jess Franco State of Mind had the following amusing remarks about this film: "Crazed use of stock footage, some of it reversed [!]. I asked Alain Petit, one of the scriptwriters, about this and he told me Eurocine ignored his screenplay and just cut and pasted it together. Demented music also. Harrison looks miserable."

Looking for Sabotage! on VHS? It's available on Amazon here

.
Investigate more titles with Project: MOGUL!
For a look at other labels, check out The VHS Archives!
© 2011 -- Bruce Holecheck. All Rights Reserved.
Posted by bruce holecheck at 8:56 PM