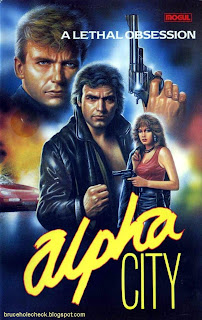 About the Film
Director: Silvio Amadio

As an ex-member of the security service he knows too much.
For a time they leave him alone in peace, but now they are after him again... He knows things he should not know.
Lisa, his girlfriend manages to warn him of the immediate danger and helps him escape.
They find his car in a ravine.
To all concerned, he is dead.  In reality, he is safe, but... 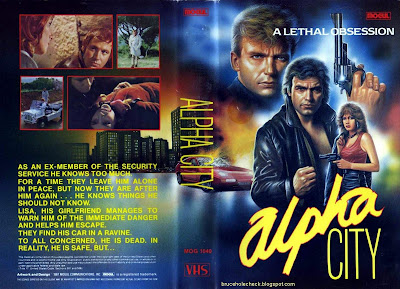 
As you can see by the above trailer, Mogul actually stole its campaign from Eckhart Schmidt's Alpha City (1985)! Being a huge fan of the director's Trance (aka Der Fan), I was pretty bummed to see the company had pulled another bait & switch.