Welcome back to the ol' Arcana for another round of Grab Bag Goodies!
As outlined in previous installments, I purchased a few hundred promotional stills that have had their title captions trimmed off. Some I recognize, most I don't. It's up to my faithful readership to help me decipher what they're promoting. Hell, solve enough of 'em and maybe I'll send you some of the duplicates I received!
For those not familiar with promo stills, they occasionally carry a helpful hint or two. Some are branded with a cataloging code of letters and numbers which usually signify an abbreviation of the title (sometimes a retitling) and, if you're especially lucky, maybe the year of release (not to be confused with year of production). And that's pretty much all we have to go on...
The sixteenth batch is below; let's see what you've got! 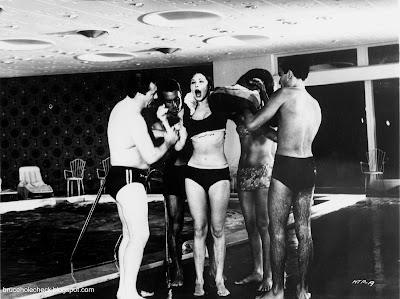 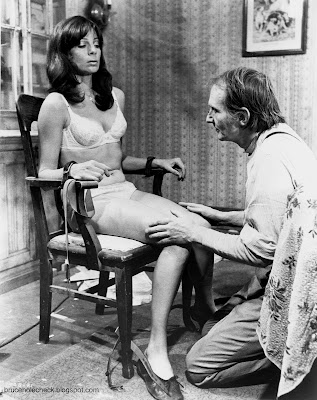 #78: 7408-21 © 1974 American International Pictures
Roberts Blossom goes Gein in Alan Ormsby's Deranged (1974), a darkly comic and supremely creepy take on Wisconsin's most famous necrophile. Much closer to the facts than other "inspired by" outings like The Texas Chainsaw Massacre and Psycho, this tale of a lonely farmer slipping into dementia after the death of his overbearing mother is one of the best of the '70s and is really worthy of a spot next to its aforementioned kin. If you haven't seen it, the MGM DVD paired with Kevin Connor's cannibal slasher Motel Hell (1980) is available pretty cheap. 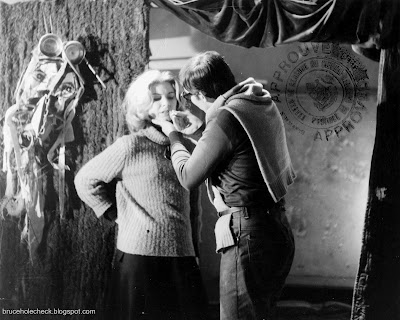 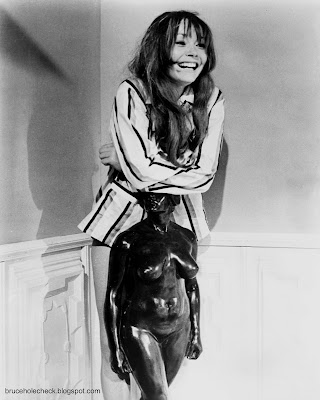 #80: 7007-47
Like what you see? Be sure and check out our previous Grab Bag Photos, some of which are still unidentified. And don't forget, our Upcoming Releases List (the best on the 'net) is constantly updated, so stop by and pre-order some cool stuff!
© 2012 -- Bruce Holecheck. All Rights Reserved.
Posted by bruce holecheck at 10:20 PM