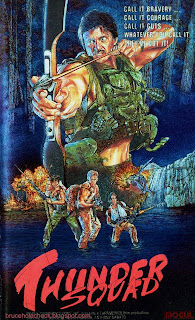 Thunder Squad
Umberto Lenzi's I cinque del Condor (1985)
The VHS Archives Factsheet
Label: Mogul Communications, Inc.
Catalog: MOG1021
Box Type: Clamshell
Year of Release: 1987
Runtime: 82:53
Print: 1.33:1 / English / No subs
Extras: None
About the Film
Director: Umberto Lenzi
Year of Release: 1985
Country of Origin: Italy
Stars: Antonio Sabato, Ivan Rassimov, Werner Pochath, Sal Borghese, Julya Fursich, Gustavo Adolfo Matos
AKAs: The Wild Team, The Condor Five, Five Amazon Bastards
Verbatim Box Synopsis
A South American rebel leader in exile in Miami, Florida, is given one last chance to overthrow his successor, a bloody and ferocious dictator, by a multi-national mining group out to exploit his country's mineral resources.
PROBLEM: The leader's only son is held hostage by the dictator, and will be executed at the first signal of an invasion.
SOLUTION: Recruit a team of deadly mercenaries, all experts in guerilla warfare, to free the boy and eliminate local resistance ... thus the THUNDER SQUAD is born, a dirty dozen, trained to the limit and armed to the teeth. Parachuted into the jungle, they launch a sudden successful attack.
The THUNDER SQUAD are betrayed by the multinational executives, who have switched sides to protect their interests. Hunted by government troops, the THUNDER SQUAD must battle for survival in the jungle ... Call it guts, courage, bravery ... whatever you call it, they've got it. 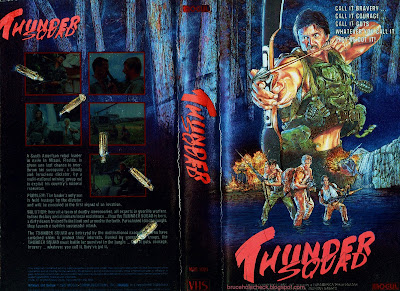 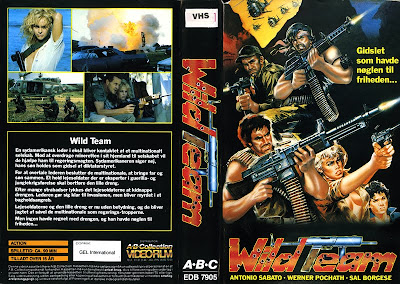 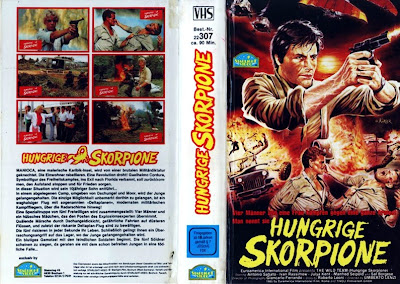 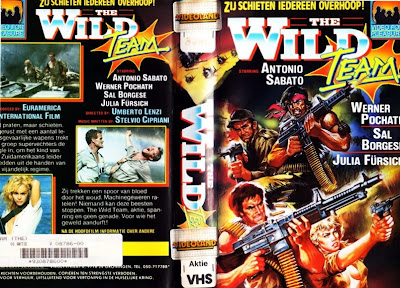 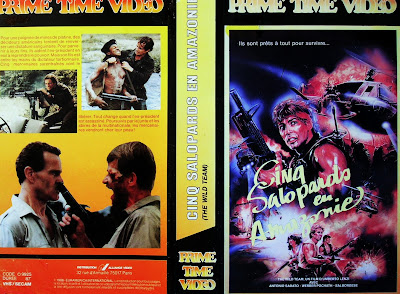 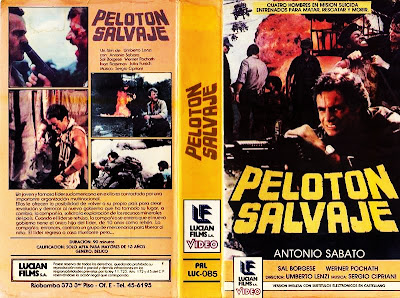 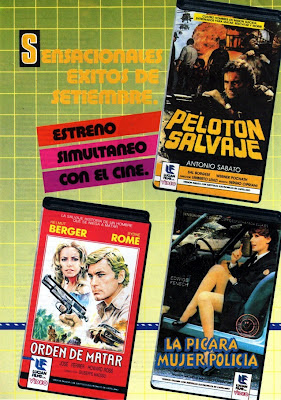 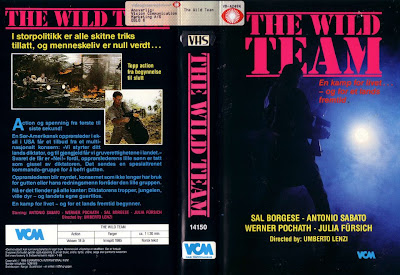 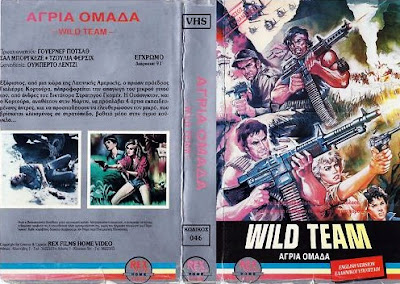 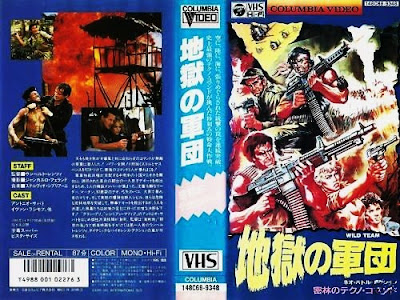 If you feel like spending 90 minutes in front of your computer, The Giallo Grindhouse have uploaded the entire film to Youtube!
Looking for Thunder Squad? It's not readily available on VHS, but if you just want to see it there's a crummy DVD from VideoAsia as part of their Expendables 2: Zero Heroes set.
Investigate more titles with Project: MOGUL!
For a look at other labels, check out The VHS Archives!
© 2012 -- Bruce Holecheck. All Rights Reserved.
Posted by bruce holecheck at 12:53 PM