Welcome back to the ol' Arcana for another round of Grab Bag Goodies!
As outlined in previous installments, I purchased a few hundred promotional stills that have had their title captions trimmed off. Some I recognize, most I don't. It's up to my faithful readership to help me decipher what they're promoting. Hell, solve enough of 'em and maybe I'll send you some of the duplicates I received!
For those not familiar with promo stills, they occasionally carry a helpful hint or two. Some are branded with a cataloging code of letters and numbers which usually signify an abbreviation of the title (sometimes a retitling) and, if you're especially lucky, maybe the year of release (not to be confused with year of production). And that's pretty much all we have to go on...
The twenty-first batch is below; let's see what you've got! 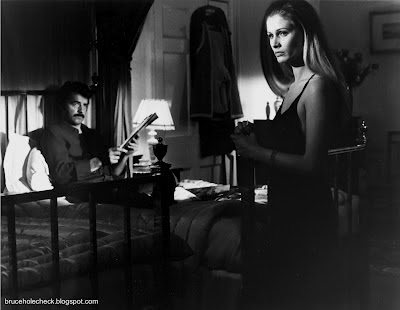 #101: No Markings!
Euro Fever's John Melle solves this mystery by identifying Peter Baldwin and Evelyn Stewart in Michele Lupo's The Weekend Murders (1970)! An unusual, almost parodic giallo, the film plays out as an Edgar Wallace or Agatha Christie-styled thriller dealing with a family gathering centered around the reading of a will, and the bodies that pile up soon after. For years you could only see its tantalizing trailer, but Code Red eventually gave the film a needed rescue, issuing it on DVD -- though it's now OOP and getting silly money. (See also: #5.) 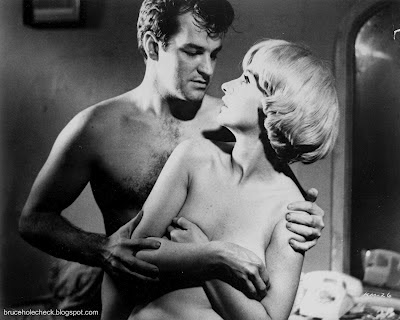 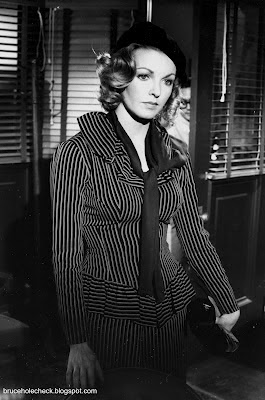 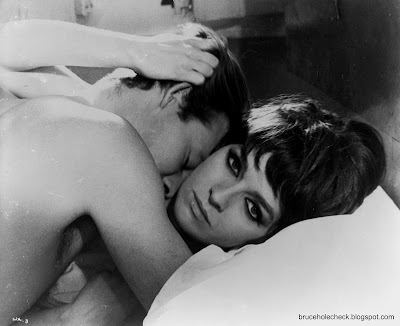 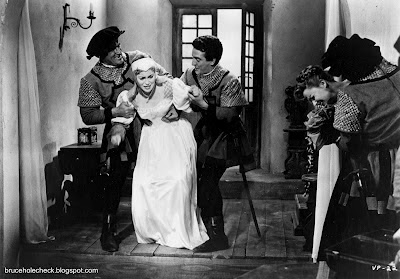 A big high five to reader Mike Mac, who somehow managed to sync this image up with a German poster for Sergio Grieco's The Violent Patriot (1958)! Vittorio Gassman headlines the story of true life Italian folk hero and military mercenary Giovanni De Medici aka Giovanni dalle Bande Nere (Giovanni of the Black Bands -- the film's original title). This tale finds him seeking revenge on the traitor who duped him into believing war was still raging, causing acts which could be considered... questionable. Long unavailable, Something Weird Video did eventually liberate this one as part of their "Historical Hellraisers" series.
Like what you see? Be sure and check out our previous Grab Bag Photos, some of which are still unidentified. And don't forget, our Upcoming Releases List (the best on the 'net) is constantly updated, so stop by and pre-order some cool stuff!
© 2012 -- Bruce Holecheck. All Rights Reserved.
Posted by bruce holecheck at 8:18 AM