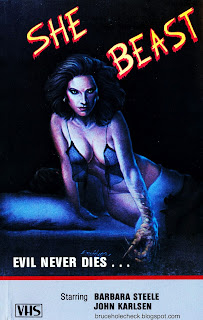 Verbatim Box Synopsis
Burned at the stake in 18th century Transylvania, the diabolical witch, Vardella, lives again in the body of a beautiful young 20th century English girl who is travelling through Europe on her honeymoon. Nothing can stop Vardella's evil as her spirit transforms the pretty maiden into a hideous beast and spreads a trail of terror across the countryside. Can she be captured and the spirit exorcised? Or will the world never be safe from the horror that is The She Beast? 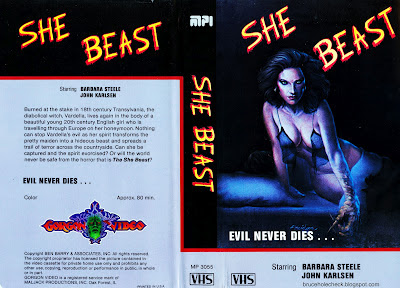 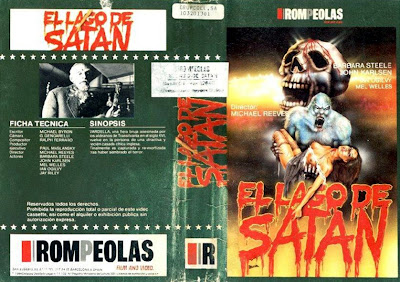 Combo trailer with Dino Tavella's The Embalmer (1965), uploaded by MrPsycho313!

Looking for She Beast on VHS? It's available on Amazon here. There's also a really nice special edition DVD available from Dark Sky.