Welcome to a new occasional feature here at Cinema Arcana, one I decided to call In Search Of... (In tribute to my favorite childhood cryptozoology show, of course.)  In it, we'll be documenting currently "lost" films through whatever means I have available in the Archives -- photos, pressbooks, trailers, etc.  Granted, sometimes I may only have a single still or newspaper ad, but it's the thought that counts, right? 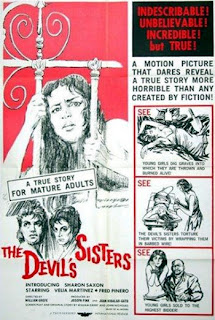 For the inaugural outing (unless you count our previous Love Cave query), we're taking a look at William Grefe's The Devil's Sisters (1966).
The film is closely based on the then-recent exploits of "Las Poquianchis," a pair of Guanajuato-based sisters who lured Mexican women to their remote hacienda with promises of waitressing or housekeeping employment. Instead, they were beaten, forced into prostitution and hooked on drugs; when they couldn't perform their duties any longer, they were murdered.  Grefe's effort apparently doesn't pull its punches; women are wrapped in barbed wire, corpses burned, rape and knifings aplenty...  It certainly seems darker in tone than his ludicrous one-two punch of Sting of Death and Death Curse of Tartu 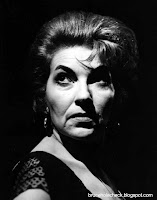 Released at the tail-end of 1966 by distributor Thunderbird International (though the AFI guide suggests it played Miami earlier in the year, a claim that seems unlikely given the production schedule of the aforementioned pair of horror flicks), The Devil's Sisters was reissued in 1968 by Trans-International Films under the title Sisters of the Devil.  Unfortunately, not much has been seen of it since.
Presented here are a group of photos from the film, the only pictoral evidence I know of.  I have thirteen 8x10 still negatives (and separate caption strips) in the Archives, though most of these scans are taken from their accompanying positives (some of which are way too contrast-y for my liking, but I don't have a proper negative scanner yet).  Enjoy! 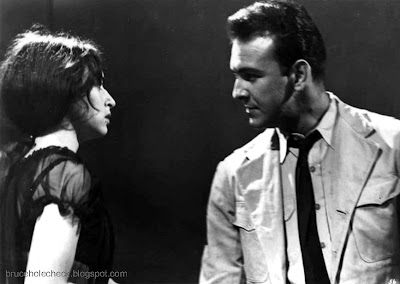 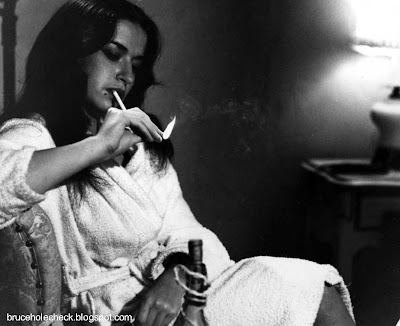 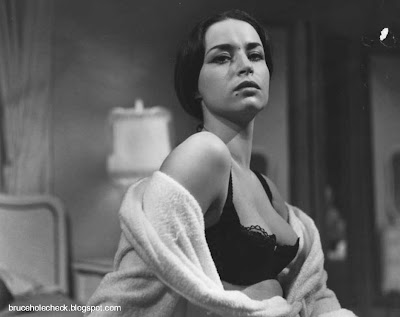 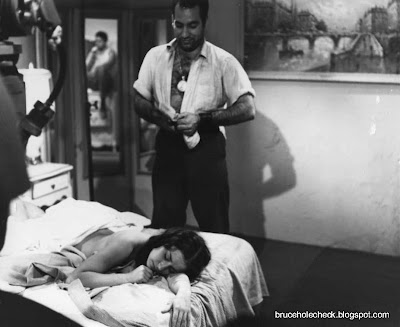 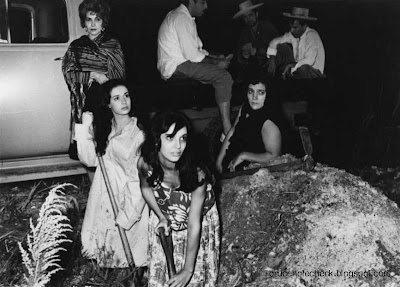 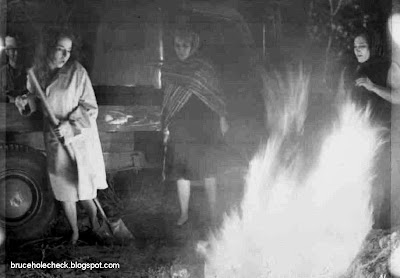 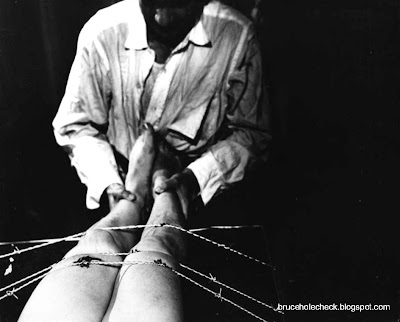 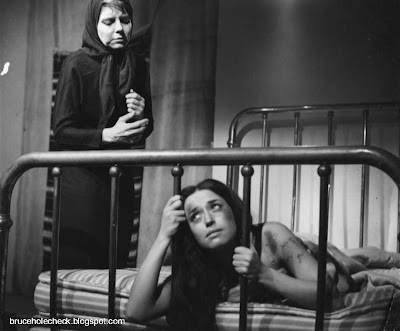 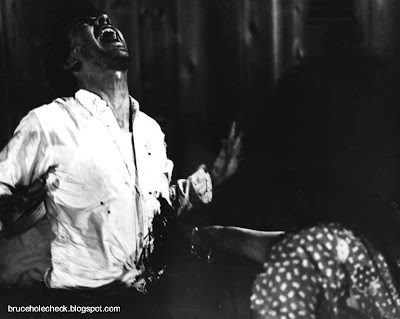 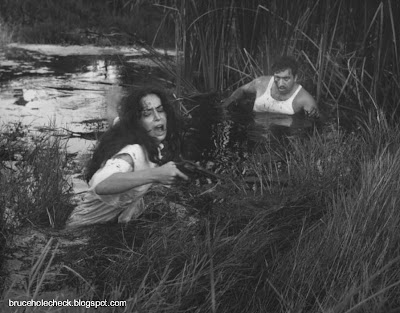 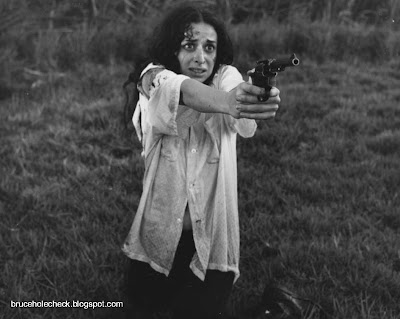 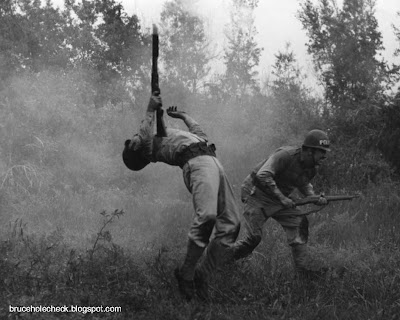 So what hopes do we have that Grefe's The Devil's Sisters will turn up some day?  In a recent posting at the Cinehound Forum, the director had this to say: 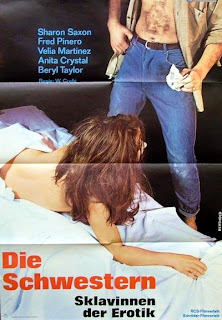 "Of all the films I have directed, The Devil's Sisters is the only one I have no print, video or DVD of. I have looked for over 25 years, with no luck. But just recently, via the internet, I discovered a collector in Germany who has a print and am currently in negotiation to purchase said print. If I am successful, we will be putting out a DVD. The one problem is that the last 8 minutes of the film is missing...
"If, for any reason, you know any film collectors or companies that might know where we could obtain a print, DVD or video, please let me know. This film was released big in Germany and other parts of Europe, the German title being Die Schwestern (Sklavinnen der Eotik), also released under the title The Psychedelics. It was also released about 15 years ago on video."
Further postings by collectors claim no knowledge of the supposed video release, but that doesn't necessarily mean it isn't out there somewhere. Hope springs eternal.
(For some newspaper ads and a look at the film's pressbook, be sure and check out Temple of Schlock's "Endangered List" case file.)
© 2010 -- Bruce Holecheck. All Rights Reserved.
Posted by bruce holecheck at 10:10 AM 11 comments: