A Sexplosion of Grab Bag Goodies!


So, I may have recently purchased a few hundred more promotional photos.  And I may not have any idea what most of them are. 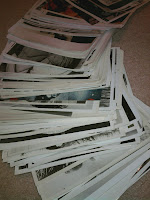 You see, they've had their captions trimmed off.  The birth of yet another new feature here at the ol' Arcana.  It's sort of like Name that Movie Monday, except I don't know if you're right or not.  (Also, I need a catchy title.  Bad puns and alliteration accepted.  Any ideas?)
I've identified a few myself, and plenty more I know I recognize but just can't quite place.  For those not familiar with promo stills, they occasionally carry a helpful hint or two.  Some are branded with a cataloging code of letters and numbers which usually signify an abbreviation of the title (sometimes a retitling) and, if you're especially lucky, maybe the year of release (not to be confused with year of production). And that's pretty much all we have to go on...
The first batch is below; let's see what you've got! 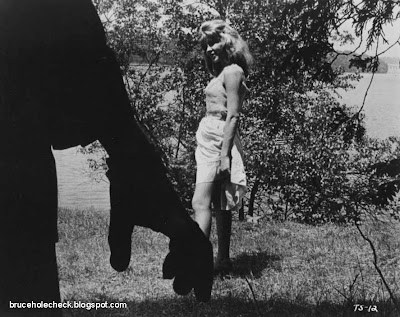 #1: TS-12
Turns out this photo (along with still #17) belongs to Graeme Ferguson's The Seducers (1962), a convoluted-sounding blackmail / psychological thriller released by Joseph Brenner Associates. The film unfortunately doesn't appear to be readily available, though its trailer is on some old Something Weird compilations. Anyone seen it? 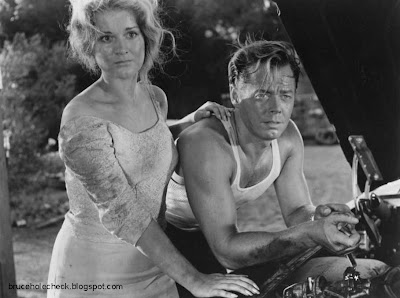 or an alternate special edition from Legend House

, who also issued it on Blu-Ray 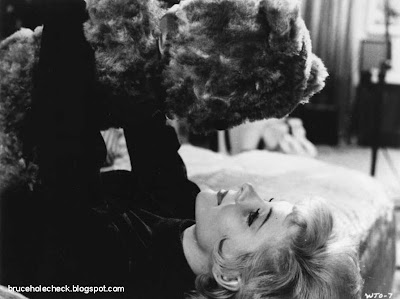 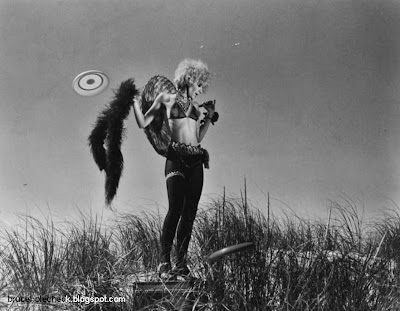 #4: No markings!
Chris Poggiali identified this as John G. Avildsen's Okay Bill (1971), a counterculture character study about a conformed businessman trying to relive his wilder days by pursuing an underground film actress.  I've never personally seen it; was it ever issued to home video? 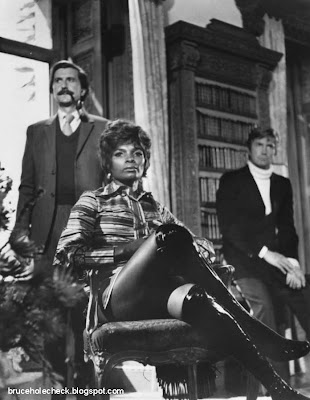 #5: WM-107
Thanks go out to Giles, who identified this photo as Michele Lupo's The Weekend Murders (1970)! An unusual, almost parodic giallo, the film plays out as an Edgar Wallace or Agatha Christie-styled thriller dealing with a family gathering centered around the reading of a will, and the bodies that pile up soon after. For years you could only see its tantalizing trailer, but Code Red eventually gave the film a needed rescue, issuing it on DVD. (See also: #101.)

That's all for now!
In other Arcana news, be sure and keep your eyes peeled later this week for the next installment of In Search Of, this time profiling a legendary lost sexploiter!  Plus the Mondo Digital Top Ten o' '10 round-up is right around the corner!  And don't forget, our Upcoming Releases List (the best on the 'net) is constantly updated, so stop by and preorder some cool stuff!
© 2011 -- Bruce Holecheck. All Rights Reserved.
Posted by bruce holecheck at 10:41 PM 3 comments: