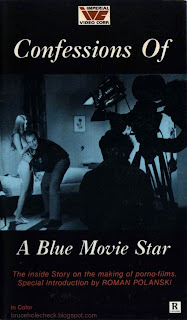 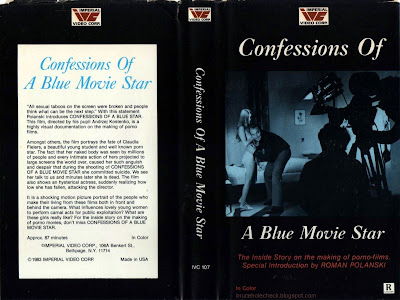 A clip from the infamous post-credits sequence (this movie's main claim to notoriety) which purports to show footage from an actual snuff film.  Turns out the gore in question was actually then-unseen outtakes from Wes Craven's Last House on the Left! (Uploaded by CultMovieForums.)

Looking for Confessions of a Blue Movie Star on VHS? It's available on Amazon here

(though it's not the IVC release).