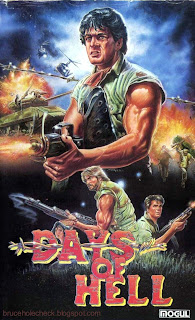 About the Film
Director: Tonino Ricci
Year of Release: 1986

A feeling of unease fills a guerilla camp in Afghanistan -- suddenly all hell breaks loose as the camp is savagely attacked by Russian military helicopters and air power, using chemical weapons causing death and destruction.

The scene shifts to Miami, Florida where a crack team of mercenaries are recruited to rescue Dr. Hunter and his daughter who are held captive by the enemy.

The four human fighting machines decide to enter Afghanistan by way of Iran and are immediately ambushed by unfriendly rebels...

The action is spectacular as the war-hardened mercenaries attempt the daring rescue leaving a devastating trail of destruction in their wake. 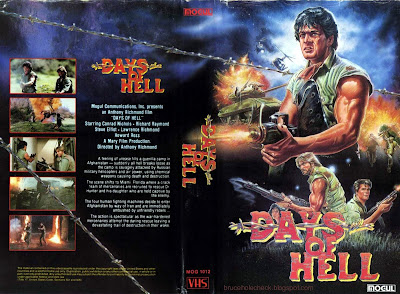 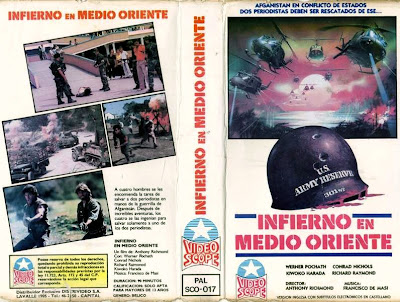 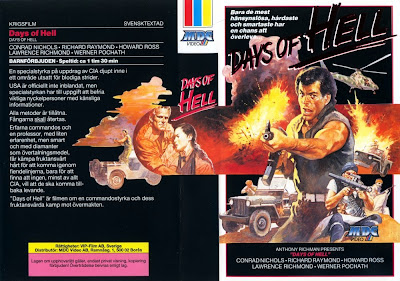 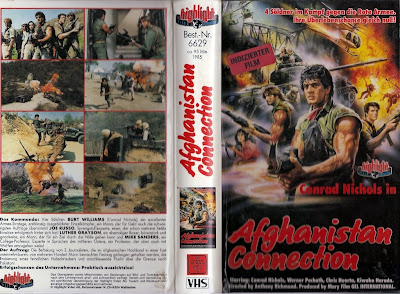 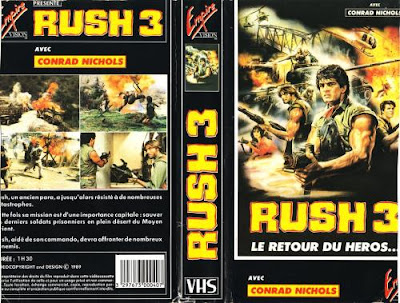 French Empire Vision sleeve, passing itself off as a third entry in the same team's post-nuke Rush series!

Looking for Days of Hell on VHS? It's available on Amazon here.