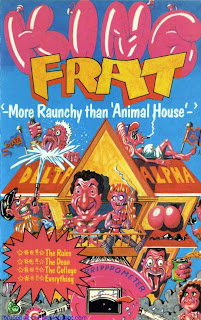 If you thought that 'Animal House' was funny just wait until you see the boys from Delta House in this wild and crazy movie.  See the gang turn Yellowstone University into a disaster area.  Perhaps what endeared Tommy to Delta was the feeling that beneath the scum, noise and smell there existed a rare and irresistable spirit of togetherness. 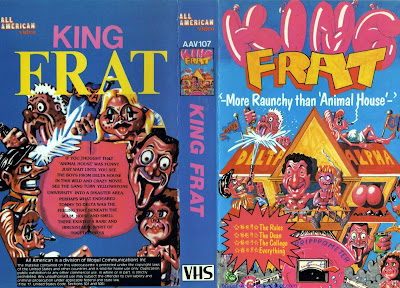 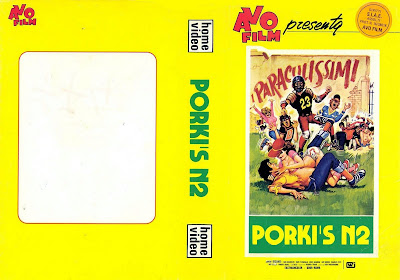 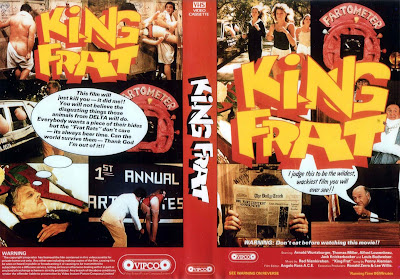 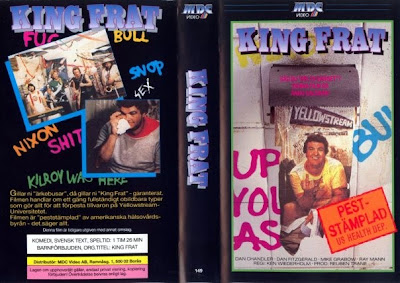 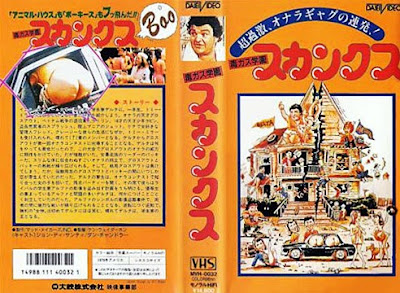 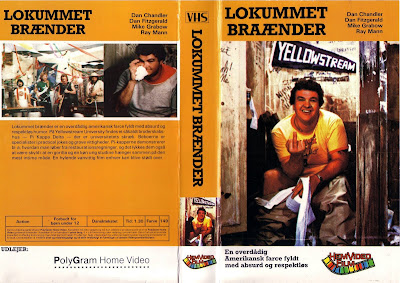 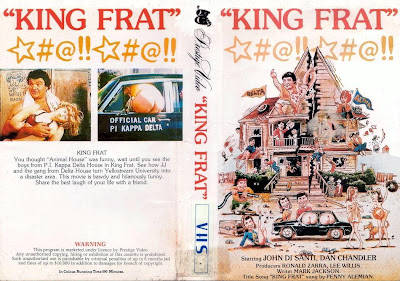 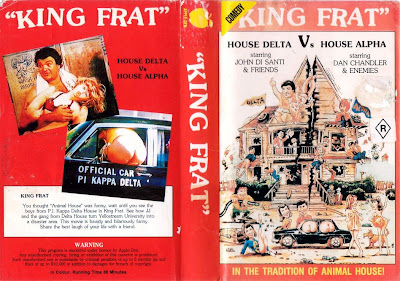 Australian Apple-Den sleeve, again courtesy of Griff and his FB group!
Original U.S. theatrical trailer, uploaded by "bigblackcocks"! (If that doesn't get me some wrongly-directed Google traffic, I don't know what will!)
Notes

A few words on the film from upcoming Cinema Arcana contributor, Paul Talbot:  "After Shock Waves, Weiderhorn was an editor then producer for CBS network news. He replaced the original director on King Frat. He was given 3 days to prep and read the script on the plane to Florida. The guy that plays the Belushi role in King Frat played the killer in Wiederhorn's Eyes of a Stranger. I snuck into a drive-in in '79 to see King Frat."
Looking for King Frat on VHS?  It's available on Amazon here.  You can also grab it on DVD from Code Red, double-billed with Cheering Section.