Welcome back to the ol' Arcana for another round of Grab Bag Goodies!
As outlined in previous installments, I purchased a few hundred promotional stills that have had their title captions trimmed off. Some I recognize, most I don't. It's up to my faithful readership to help me decipher what they're promoting. Hell, solve enough of 'em and maybe I'll send you some of the duplicates I received!
For those not familiar with promo stills, they occasionally carry a helpful hint or two. Some are branded with a cataloging code of letters and numbers which usually signify an abbreviation of the title (sometimes a retitling) and, if you're especially lucky, maybe the year of release (not to be confused with year of production). And that's pretty much all we have to go on...
The tenth batch is below; let's see what you've got! 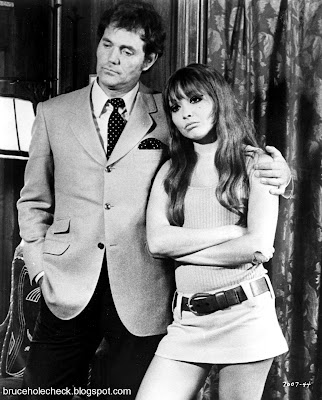 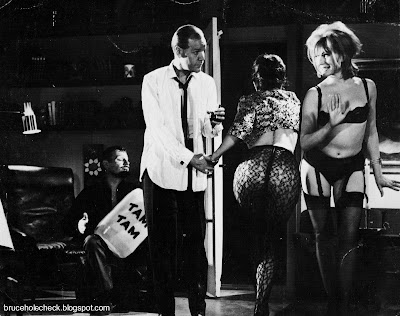 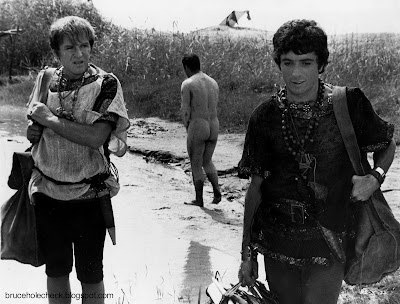 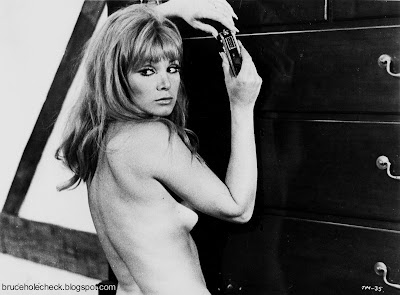 I found this still belongs to Raymond Jacobs' The Minx (1969), a corporate espionage sexploiter probably best known today for its soundtrack by '60s U.S. psych-rock outfit The Cyrkle. Dark Shadows actor Robert Rodan mixes things up as a business tycoon preparing a not-so-hostile takeover the way they used to do things: he hires a trio of hookers to hump the signatures out of his competitors! His wife (B-movie starlet Jan Sterling) doesn't approve. Naturally, this one was rescued from oblivion by Something Weird Video, who offer it on DVD-R. (Incidentally, I have a negative set for this film, but it's the "hot" set including all the nude shots. This photo must've originated from the "cool" pics.) 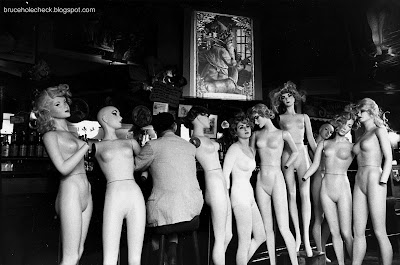 #50: No Markings!
Like what you see? Be sure and check out our previous Grab Bag Photos, some of which are still unidentified. Speaking of which, Name that Movie Monday Challenge #24 is still open; I've since added a few worthless hints for frustration's sake. (Challenges #27 & #28 have been solved, but real life keeps interfering with real blog updates! Damn the Man!)
And don't forget, our Upcoming Releases List (the best on the 'net) is constantly updated, so stop by and pre-order some cool stuff!
© 2012 -- Bruce Holecheck. All Rights Reserved.
Posted by bruce holecheck at 10:08 PM