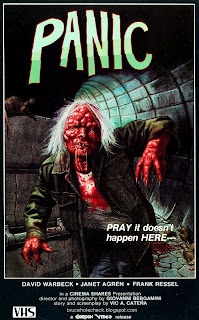 Verbatim Box Synopsis
A group of scientists have been laboring on a series of genetic experiments. Unfortunately, things have run amuck -- infecting one of the top researchers with a disfiguring, degenerative disease, resulting in a bizarre lust for blood.
Now nothing can stop him -- will the disease spread to the entire city? Will the whole area be overun with blood-sucking zombies? Will the government be forced to level the entire area?
It is up to the scientists to stop this mangled, mass of flesh -- and time is running short. For one way or another the menace will be stopped. 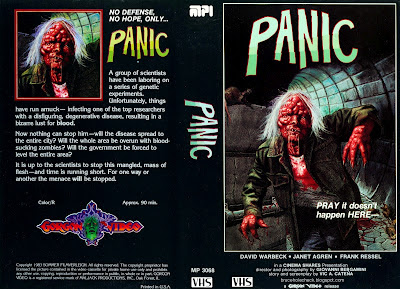 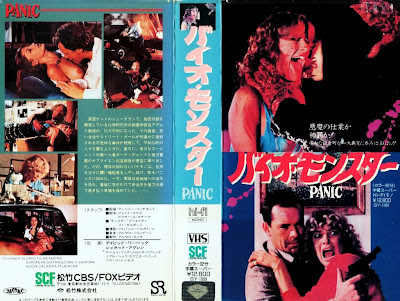 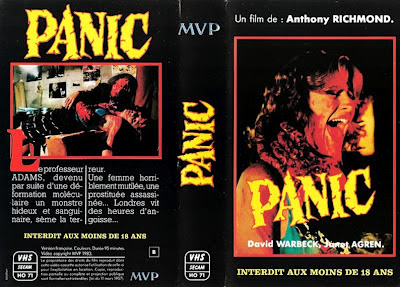 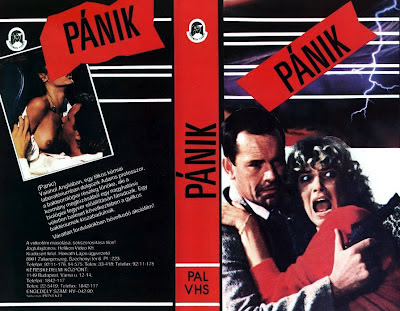 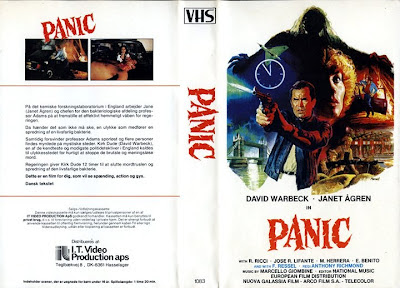 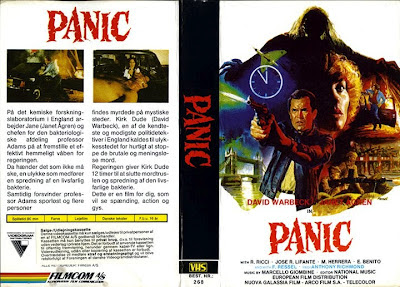 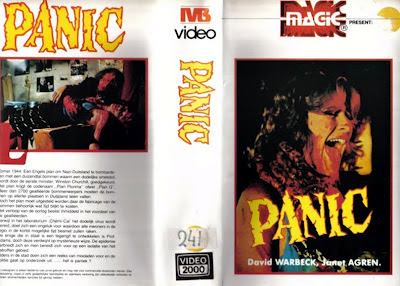 Dutch IVB Video sleeve, originally scanned by "King of B"! 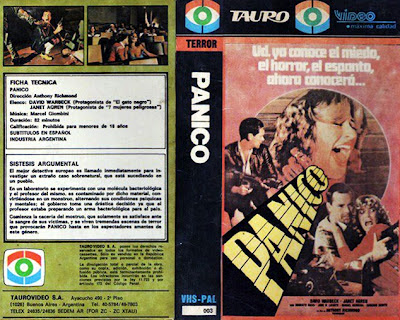 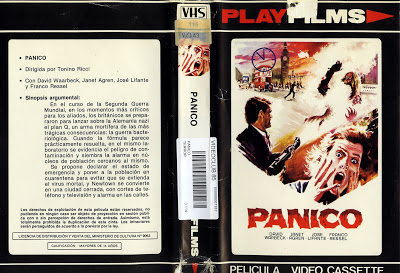 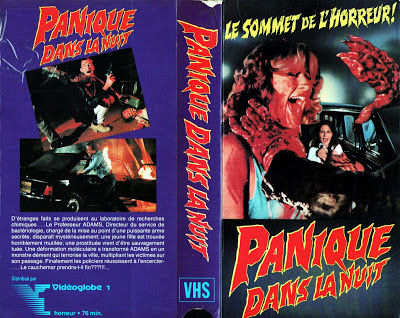 The entire goddamn movie (complete with Spanish subtitles), uploaded by "Cheese of Gold". Somebody watch it and tell me if it's any different than the Gorgon tape.

Looking for Panic on VHS? It's available on Amazon here. There's no official DVD, but you can find a VHS rip included in lots of cheapo multipacks like Mill Creek's Nightmare Worlds and Chilling Classics.