Welcome back to the ol' Arcana for another round of Grab Bag Goodies!
As outlined in previous installments, I purchased a few hundred promotional stills that have had their title captions trimmed off. Some I recognize, most I don't. It's up to my faithful readership to help me decipher what they're promoting. Hell, solve enough of 'em and maybe I'll send you some of the duplicates I received!
For those not familiar with promo stills, they occasionally carry a helpful hint or two. Some are branded with a cataloging code of letters and numbers which usually signify an abbreviation of the title (sometimes a retitling) and, if you're especially lucky, maybe the year of release (not to be confused with year of production). And that's pretty much all we have to go on...
The twentieth batch is below; let's see what you've got! 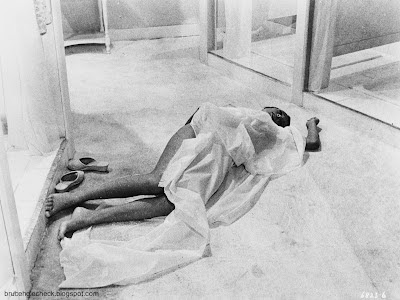 "John Connor" terminates this mystery by picking out Antonio Margheriti's The Young, the Evil and the Savage (1968)! Alternately released as both Schoolgirl Killer and Naked You Die, this early giallo plays a bit tamer than what came later, but it's still a sordid girls' school-set thriller with plenty of familiar elements for fans of the genre. Dark Sky offer a nice DVD, if you feel like doing a little homework of your own. 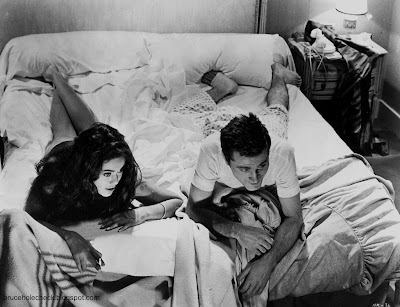 Thanks to Euro Fever's Johan Melle for spotting Kitty Swan and Franco Nero in (the other) Franco Prosperi's Hired Killer (1966)! Originally titled Tecnica di un omicidio (Murder Technique), the film follows Robert Webber as a professional hit-man who flies from New York to Paris to eliminate some mob competition -- and kill the man who murdered his brother. Soon there's twists and turns, mistaken identities, mistrust and more. This actually sounds like a pretty good flick; a shame the only available source seems to be the expensive Japanese DVD from First Trading. (See also: #95.) 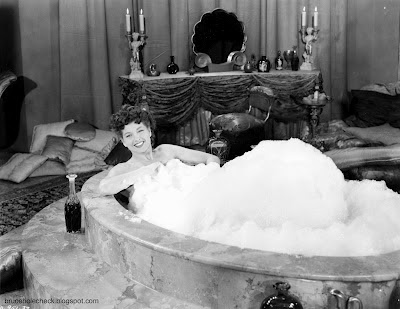 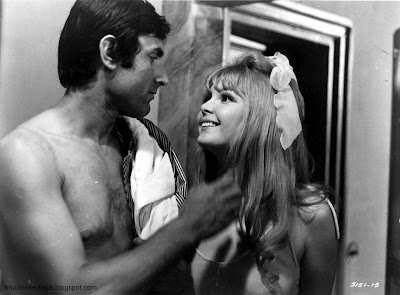 #99: 5151-13
Thanks to Marito for the assist in identifying Marco Vicario's Man of the Year (1971)! Originally titled Homo Eroticus, this Italian sex comedy stars Lando Buzzanca as a goofball whose third testicle makes him irresistible to every woman that crosses his path. I just can't make this stuff up! Lucky for the viewer, said women include a who's who of Eurotrash hotties -- Sylva Koscina, Femi Benussi, Ira von Furstenberg, Shirley Corrigan, Brigitte Skay (pictured above), Simonetta Stefanelli, etc., etc. How have I never heard of this before? DVDs exist in Japan and Spain, but if you're wanting an English-friendly release, you'll have to go for the old Hal Roach Studios VHS tape. 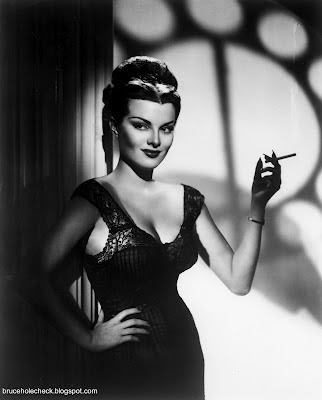 #100: No Markings!
Like what you see? Be sure and check out our previous Grab Bag Photos, some of which are still unidentified. And don't forget, our Upcoming Releases List (the best on the 'net) is constantly updated, so stop by and pre-order some cool stuff!
© 2012 -- Bruce Holecheck. All Rights Reserved.
Posted by bruce holecheck at 9:02 PM