The VHS Archives: Michael Walters' HAVE A NICE WEEKEND (1975) 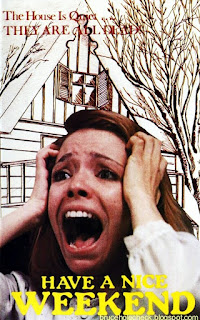 HAVE A NICE WEEKEND
Michael Walters' Have a Nice Weekend (1975)
The VHS Archives Factsheet
Label: All American Video
Catalog: AAV116
Box Type: Clamshell
Year of Release: ?
Runtime: 80:12
Print: 1:33.1 / English / No subs
Extras: None
About the Film
Director: Michael Walters
Year of Release: 1975
Country of Origin: USA
Stars: Michael B. Miller, Valerie Shepherd, Peter Dompe
AKAs: Bloody Weekend
Verbatim Box Synopsis
Seven week-end vacationers inhabit a small island off the coast of Maine.  Their ranks are slowly depleted by senseless brutal murders.
Since the seven are members of immediate family or friends of over thirty years they conclude that there must be someone else on the island responsible for the violence.
However a search of the island leaves no room for doubt... They are the only ones there and one of them is the savage killer. 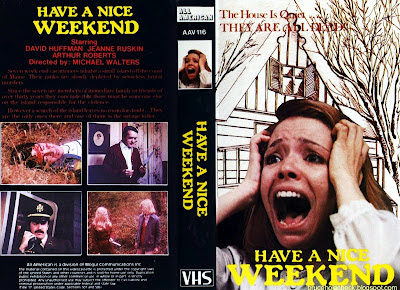 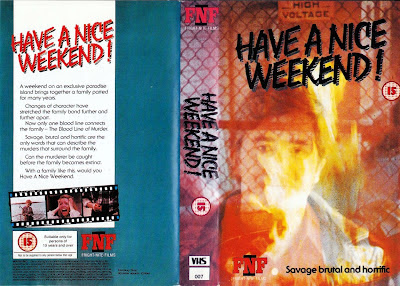 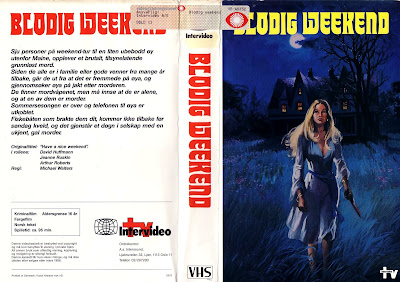 Investigate more titles with Project: MOGUL!
For a look at other labels, check out The VHS Archives!
© 2011 -- Bruce Holecheck. All Rights Reserved.
Posted by bruce holecheck at 11:45 PM