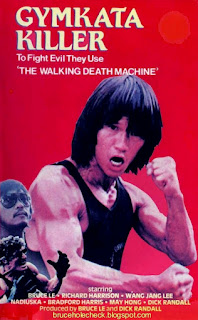 When a mysterious doctor is brutally murdered in Spain, it seems just another case for the local police.  But when it is discovered that a secret formula, capable of exterminating the entire human race, has been stolen by the murderers, the CIA are immediately notified.  Officer Huang Lung is given the task of tracking down the terrorists before they can hold the world to ransom.  His dangerous mission takes him from Europe to the rat infested slums of Hong Kong, where rival gangs of Viet-Cong and Chinese take on the Challenge of the Tiger.  It's a race against time and Huang Lung meets out his own brand of justice, only to be met with bigger and greater dangers around every alley way. 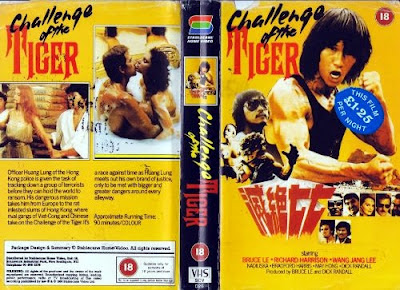 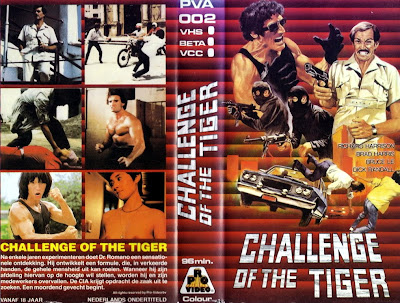 Notes
Another one of my favorite finds, it's movies like this that kept me buying every oddball tape I could get my hands on.  From its opening sequence, where Richard Harrison plays tennis with two topless chicks in slow motion while an incredibly infectious funk song jams in the background, to its kung fu bullfight finished with x-ray animation, to its berserk sperm-killing plotline that might as well have stepped out of an Arizal film, there's something here to put a smile on anyone's face.  When Mondo Macabro first told me they were grabbing some films from Dick Randall's estate I practically begged them to pick this one up.  Happily, they were already on the case and unleashed a great looking, properly framed release paired with the insane Filipino midget spy flick, For Y'ur Height Only.  Highly, highly recommended.  Screenplay by Poon Fan! 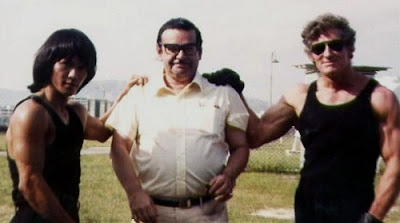 Looking for Gymkata Killer on VHS? It's available on Amazon here