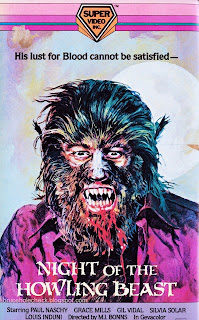 About the Film
Director: Miguel Iglesias Bonns
Year of Release: 1975
Country of Origin: Spain
Stars: Paul Naschy, Grace Mills, Silvia Solar, Gil Vidal, Luis Induni
AKAs: The Werewolf and the Yeti, Hall of the Mountain King, In the Claws of the Werewolf, The Curse of the Beast

Verbatim Box Synopsis
A scientific mission goes to Tibet in search of the Abominable Snowman. One man is bitten by two sensuous female cannibals and becomes a werewolf. He thinks he will die, but instead lives on becoming more beast-like with each passing day and longing for blood. The expedition loses some of its members to a cruel war-like native leader. This man is dying from an incurable disease and is being treated with human flesh from live victims. 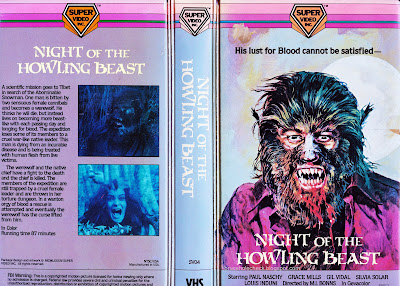 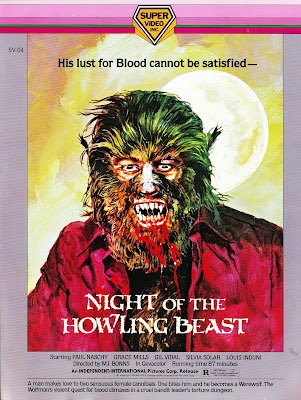 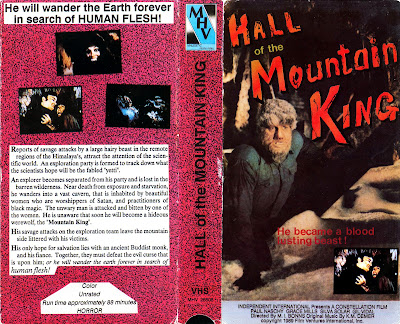 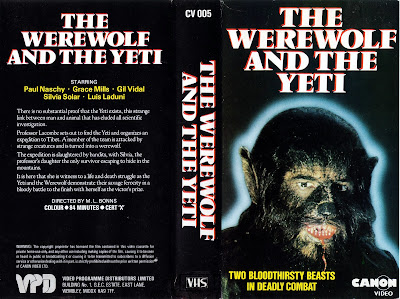 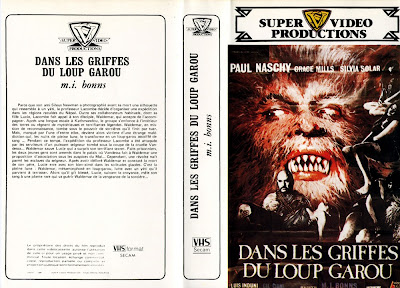 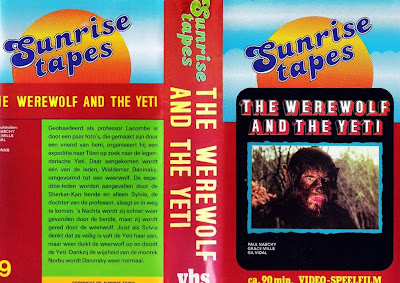 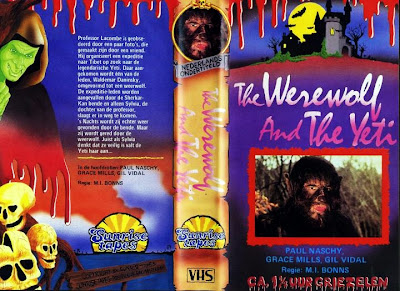 Looking for Night of the Howling Beast on VHS? It's available on Amazon here. Now how 'bout we get a nice DVD?!