Welcome back to the ol' Arcana for another round of Grab Bag Goodies!
As outlined in previous installments, I purchased a few hundred promotional stills that have had their title captions trimmed off. Some I recognize, most I don't. It's up to my faithful readership to help me decipher what they're promoting. Hell, solve enough of 'em and maybe I'll send you some of the duplicates I received!
For those not familiar with promo stills, they occasionally carry a helpful hint or two. Some are branded with a cataloging code of letters and numbers which usually signify an abbreviation of the title (sometimes a retitling) and, if you're especially lucky, maybe the year of release (not to be confused with year of production). And that's pretty much all we have to go on...
The seventeenth batch is below; let's see what you've got! 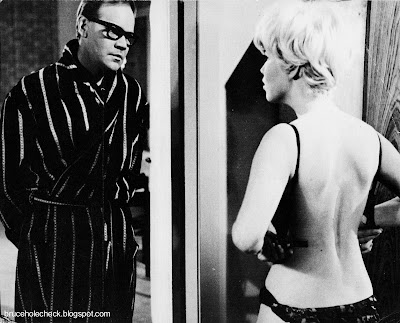 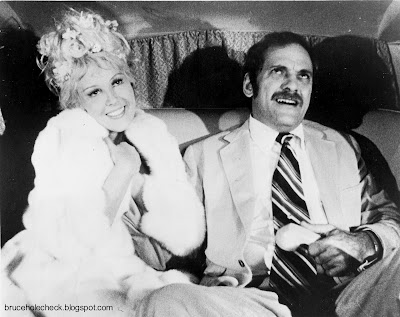 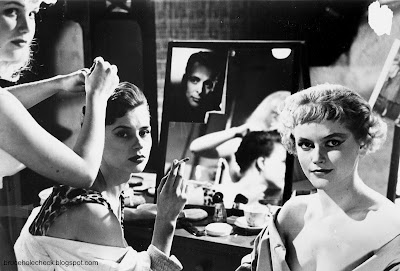 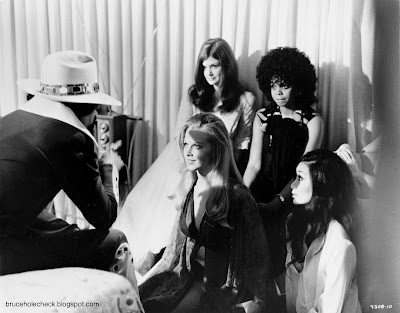 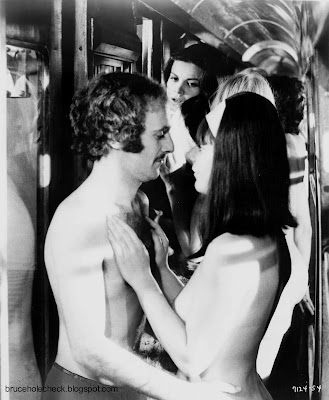 #85: 7124-54 © 1971 American International Pictures
Florinda Balkan's taking a trip on a train... in more ways than one, in Lucio Fulci's outstanding giallo, Lizard in a Woman's Skin (1971). One of the director's best outings, its Swinging London settings provide the backdrop for upper class murder, paranoia, psychedelica and depravity as a well-to-do woman begins to find it difficult to distinguish between reality and hallucination. Is she responsible for murder, or is something more sinister happening? Jean Sorel and Anita Strindberg co-star, along with Carlo Rambaldi's infamous vivisected dogs. Media Blasters released a nice DVD years back, though it apparently slipped out-of-print!
Like what you see? Be sure and check out our previous Grab Bag Photos, some of which are still unidentified. And don't forget, our Upcoming Releases List (the best on the 'net) is constantly updated, so stop by and pre-order some cool stuff!
© 2012 -- Bruce Holecheck. All Rights Reserved.
Posted by bruce holecheck at 11:01 PM