A celebration of the weird, shocking, bizarre and offbeat, Philadelphia's annual Danger After Dark line-up presents a selection of the best the film world has to offer - for ten years and running now!  It's been host to premieres and screenings of hotly-anticipated items like Oldboy

, to less known, but no less worthy, outings like The Uninvited

and The Glamorous Life of Sachiko Hanai

The 2010 edition runs July 9th through the 19th at The Ritz on the Bourse in downtown Philly, and showcases eleven titles sure to please.  Returning Festival Programmer Travis Crawford was kind enough to answer a few questions for us. 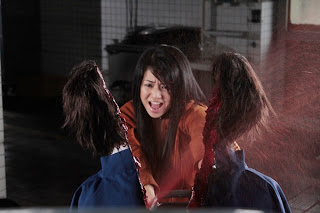 Cinema Arcana: In the past, Danger After Dark has been a subcategory of the annual Philadelphia Film Festival; why make it its own entity this year?
Travis Crawford:  Most of that was rooted in the unfortunate cancellation of this year’s installment of CineFest.  When the Philadelphia Cinema Alliance and the Philadelphia Film Society parted ways last year, and CineFest and the Film Festival became two separate events, it created a sudden financial strain on the Cinema Alliance, and they were unable to fully fund a complete film festival as usual in April.  But I had already returned to the fold to program Danger After Dark before the cancellation occurred, and had many films lined up already, so everything was just sort of left in limbo back in the spring. However, the Cinema Alliance had already committed to doing their annual Qfest in July, so Ray Murray, our artistic director, came back and told me that they might have additional theater space available during the same time frame as QFest, and asked if I would be interested in creating a sort of “mini-festival” for Danger After Dark that would operate consecutively with Qfest – using some of their same resources – but as its own separate, distinct event.  I agreed, since by that point, I not only had some of the titles left that I had wanted to program back in April, but I had also discovered some newer films too, like Big Tits Zombie 3-D.
But I think that also, making Danger After Dark its own entity had the additional effect of reviving that particular program and sort of indirectly announcing that I was returning as programmer for the series, after having been gone for two years.  I mean, that wasn’t particularly why it became its own festival this year – the reasons were, like I mentioned, a lot more pragmatic – but, hopefully, that might wind up being a bonus result. 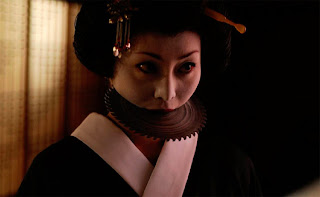 CA:  What can fans look forward with this separate installment?
TC:  It’s strange, because I think the program is both more expansive and far-reaching, and yet simultaneously more focused too.  It’s more challenging and experimental in its selections than it’s probably ever been before, and as a result, there are admittedly fewer straightforward genre movies – I mean, there are still some, like Robogeisha

.  But this time, Danger After Dark obviously leans a lot more towards unclassifiable and offbeat movies like Temptation of St. Tony

.  And even the films that would superficially appear to be more traditional thrillers, movies like Amer and Red White & Blue, are actually very experimental interpretations of the genre.  Then of course, there are just purely off-the-wall oddities like Gone with the Pope.  So, I think fans should be really excited about the line-up this year, because I think Danger After Dark feels really invigorated and revived, and it’s exciting to me again after all these years.  It’s the same strong genre program that it’s been for a decade now, but it also really feels like there’s new blood coursing through its veins – it’s not the same old stuff.  But, having said that, movies like Life and Death of a Porno Gang are definitely going to require that longtime Danger After Dark fans come to the theater feeling a little, uh, open-minded and adventurous.
CA:  How do you decide what plays and what doesn't? 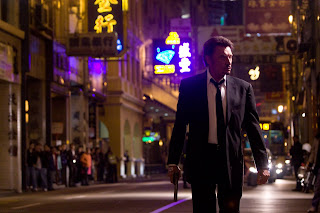 TC:  Well, the easiest answer to that is also the most honest – and that it often comes down to what films I just personally respond to, what films really connect with me.  But I’m not totally that arrogant.  I definitely think of the audience too, and what I think a crowded theater will really appreciate, and I’m always watching films with that consideration in mind.  But I think that comes into play more in terms of how the entire series is assembled, rather than individual selections.  For example, I know that a film like Temptation of St. Tony is only going to appeal to a limited number of people, and as much as I personally love that movie, I have to then take that into consideration, and make sure that – if I program a movie like that – there needs to be a weekend-slotted crowd-pleaser like Robogeisha also programmed to balance it all out.  And I like Robogeisha, don’t get me wrong.  But that’s a case where I might think about how much an audience will enjoy it too.  For example, two of the most popular Danger After Dark films that I ever programmed would probably be The Descent

and A Tale of Two Sisters

.  And you know what?  I really liked those two movies – but I didn’t necessarily personally love them.  But I knew that a large audience in a theater would really respond to them, so I’m more than happy to program titles like that to balance out those other esoteric films that I love, but I’m also thinking in the back of my mind, “OK, if I can get, like, twenty friends of mine to at least show up to this screening, then I guess I’ll be satisfied.”  So it’s a balance, but a lot of it does come down to personal preference for the films. 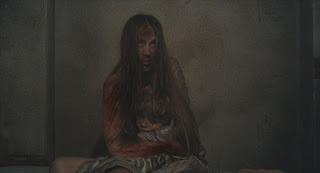 CA:  I'm sure you have to turn down quite a few worthy titles due to space restraints.  Is there anything you've skipped booking that you've regretted?
TC:  Actually, if I wound up skipping something purely because of space constraints, then, no, I don’t really wind up regretting it.  I mean, I might have liked a movie, but if I really felt that passionately about it, I would have found the room for it, so if it was just because of space issues, I don’t think about those titles too much once the programming is locked down.  The ones that you remember are the ones that just didn’t work out because the films weren’t available for various other reasons outside of your control as a programmer.  This year, there were films I was really trying to get – Serbian Film, Mutant Girls Squad, We Are What We Are, really worthwhile movies like that – but they just weren’t available for the festival.  And, I should point out, in each of those cases, the distributors were incredibly helpful and were trying to assist in getting us the films, but there were just various factors – scheduling with other festivals, format availability, rights issues, etc. – that interfered and the movies just weren’t able to be programmed.  So those you remember…but you try to not dwell on them.
CA:  Are there any films you've booked from fests past that you feel are still criminally overlooked or underrated?  I'm astonished titles like Survive Style 5+ and A Bittersweet Life haven't received a domestic release. 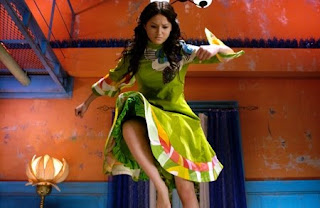 TC:  It’s funny, because I guess since I attend other film festivals, I buy import DVDs, and I receive screeners from international distributors and sales agencies – frankly, by the time I wind up programming something for the film festival, the movie is sort of “done” for me in my mind, and I don’t really pay attention to what happens to most of them in the American marketplace after that.  I hope that doesn’t sound callous, but I just move on.  I mean, honestly, I didn’t even know that A Bittersweet Life still hadn’t had any sort of release in America until you just said that.  I programmed it, I bought the Korean DVD, and then that was it for me.  Survive Style 5+, on the other hand, is one of the few that definitely did stand out, though, in terms of me being really disappointed that it never received any distribution in America outside of film festivals.  I gather that’s because of the music rights issue involving the Cake cover of “I Will Survive” that’s used in the final sequence, from what I’ve been told.  I thought about American distribution more when I was working on acquisitions for the Danger After Dark DVD line through TLA, when we were releasing titles like Suicide Club

, but that line isn't exactly active at the moment, so I’m not really currently taking that into consideration.  But sometimes people will ask me about some Danger After Dark film that I programmed nine years ago or something, and where they can see it again, and I’m just kind of clueless that it’s not available here.  Unless I get back into acquisitions again, I suppose I feel like I’ve finished my relationship with a film after I’ve shown it to a theater full of appreciative people.
Thanks, Travis.  For more information on the 2010 Danger After Dark Fest, including its complete schedule, check out its official website.