It's Name that Movie Monday! Challenge #3.


It's time for Challenge #3 in our ongoing series; do you have what it takes to identify this week's mystery film?  If you think you know it, leave a comment below.  As the week goes on, if no one guesses correctly I'll begin adding some pretty useless hints.  Sound fair?
Here ya' go -- good luck! 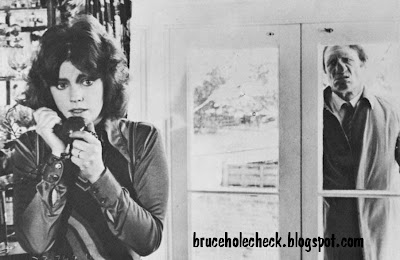 Congrats to Fred Anderson (Ninja Dixon) for identifying this week's photo -- less than two hours after I put it up!  Maybe I should've chosen something more difficult?  The film in question is indeed Pete Walker's Schizo

and Four of the Apocalypse

fame, and then there was that whole Peter Sellers thing...) as an ice-skater whose pending marriage coincides with a slew of bodies piling up on her doorstep.  Almost giallo-like in execution, the film repeatedly gets overlooked in favor of other Walker efforts like Frightmare

, but it's a fun ride all its own and definitely worthy of reappraisal.
Schizo saw Stateside theatrical release in 1977 courtesy of Niles International (a company I know practically nothing about) with the awesome tagline, "When the left hand doesn't know who the right hand is killing!!"  United Home Video issued it to VHS in 1986, and with the DVD boom Image Entertainment included it as part of their EuroShock Collection (now out-of-print).  Currently, the film is available on DVD from Salvation Films, though its quality is practically the same as the Image release, so it's up to the buyer to decide which they'd rather have.
For a look at last week's entry, click here.  More goodies coming soon!
© 2010 -- Bruce Holecheck. All Rights Reserved.
Posted by bruce holecheck at 11:06 AM