Welcome back to the ol' Arcana for another round of Grab Bag Goodies!
As outlined in previous installments, I purchased a few hundred promotional stills that have had their title captions trimmed off. Some I recognize, most I don't. It's up to my faithful readership to help me decipher what they're promoting. Hell, solve enough of 'em and maybe I'll send you some of the duplicates I received!
For those not familiar with promo stills, they occasionally carry a helpful hint or two. Some are branded with a cataloging code of letters and numbers which usually signify an abbreviation of the title (sometimes a retitling) and, if you're especially lucky, maybe the year of release (not to be confused with year of production). And that's pretty much all we have to go on...
The fourteenth batch is below; let's see what you've got! 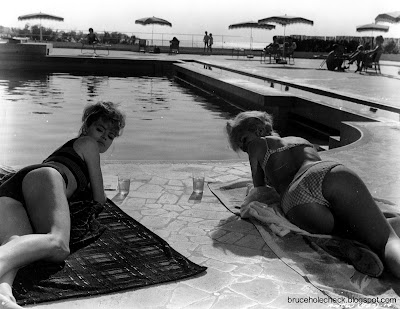 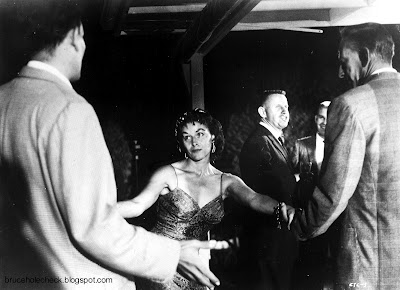 #67: CTC-3
Thanks to Temple of Schlock's Chris Poggiali for identifying Will Zens' Capture that Capsule! (1961), a cheapo piece of crackpot Cold War propaganda detailing the efforts of the Russkies to retrieve a fallen satellite nose-cone that contains, um... important information. However, the whole thing's a sham, as our homeland Spy Squad (the flick's aka) have dropped a decoy in a ploy to flush the Commies out! Good thinkin', boys. As expected, Something Weird Video are the source for this one, as part of their Johnny Legend's Untamed Video series. (See also: #56.) 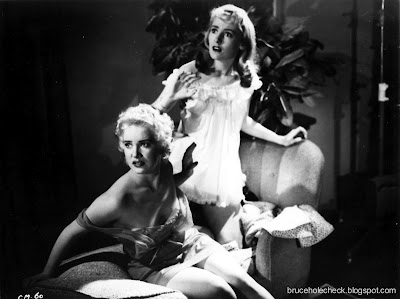 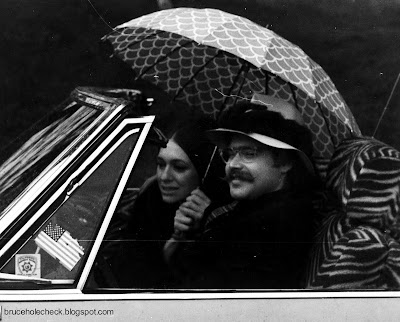 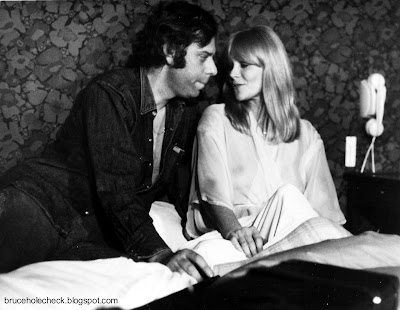 #70: LT-5 © Warner Bros. Inc.
Like what you see? Be sure and check out our previous Grab Bag Photos, some of which are still unidentified. And don't forget, our Upcoming Releases List (the best on the 'net) is constantly updated, so stop by and pre-order some cool stuff!
© 2012 -- Bruce Holecheck. All Rights Reserved.
Posted by bruce holecheck at 9:32 PM