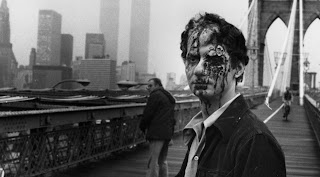 Been a while, no?
Thanks to everyone who has emailed or messaged, wondering if the ol' Arcana was dead in the water.  It's good to know at least some people are looking at this damn thing.  The truth is simple:  I've been a bit busy.  A few months back I was hard at work on a giant Charles B. Pierce retrospective, but then life got in the way before I ever wrapped it up.  I'm not even sure if it'd be relevant any more;  I would've liked to have done a tribute to David Durston as well, but run into a similar conundrum.
Since then, I've been trying to finish up a pair of featurettes for Synapse Films, prepping another pair for Troma Entertainment, and doing research for a pair of interviews for the next issue of Ultra Violent.  Free time's a little hard to come by, and it's Summer now, anyway.  Time for beer and cookouts.
Busy or not, the Upcoming Releases list is constantly updated;  I think it's the best of its type on the 'net.  I've also added a little sidebar letting you know what I've been watching, if you care.  I hope to start putting up past Top Ten DVD Round-Ups sometime soon; look for the 2008 edition sometime in the next week or two.  I also have a a few other goodies in the works, so keep an eye out.
My interview with Giovanni Lombardo Radice has finally seen the light of day on Blue Underground's essential City of the Living Dead

release; it's a Blu-Ray only supplement, but that's a-okay by me.  The company did an excellent job with the disc, and I'm proud to be part of it. 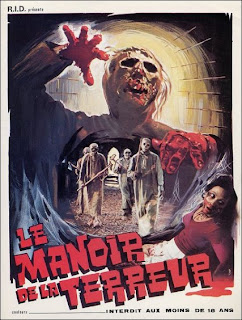 Speaking of Eurotrash on Blu-Ray, Media Blasters have put a big smile on my face by announcing Zombie Holocaust

for a September release with a low, low retail price.  Yup, Doc Butcher himself in hi-def.  A few years back I threw together a Top Ten List of Eurotrash Favorites for longtime pal David Zuzelo's Tomb it May Concern blog;  Dr. Butcher, M.D. was included.  They're also issuing Joe D'amato's crackpot sickie Beyond the Darkness

on the format, along with Bill Hinzman's cheapjack (but fun as hell) Flesh Eater.  (Ah, to see that sneaky boob-grope in 1080p!)  According to the company, these will all be fresh high definition transfers; can Burial Ground be that far away?  (For the record, Burial Ground is pretty much the best movie ever.)
That's all for now!