-------------------------------------------------------------------------------------
Welcome back to the ol' Arcana for another round of Grab Bag Goodies!
As outlined in previous installments, I purchased a few hundred promotional stills that have had their title captions trimmed off. Some I recognize, most I don't. It's up to my faithful readership to help me decipher what they're promoting. Hell, solve enough of 'em and maybe I'll send you some of the duplicates I received!
For those not familiar with promo stills, they occasionally carry a helpful hint or two. Some are branded with a cataloging code of letters and numbers which usually signify an abbreviation of the title (sometimes a retitling) and, if you're especially lucky, maybe the year of release (not to be confused with year of production). And that's pretty much all we have to go on...
The fourth batch is below; let's see what you've got! 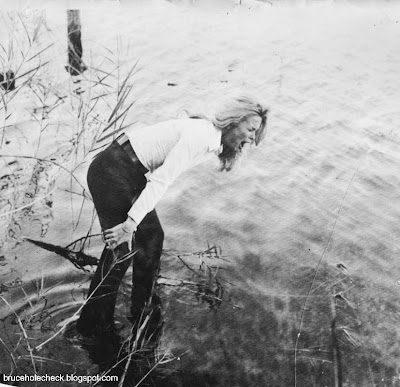 #16: No Markings!
Thumbs up to "Ottobud" for identifying George McCowan's nature-goes-nuts romp, Frogs (1972).  One of the more ludicrous entries in the short-lived, much-loved subgenre, it was issued on a nice DVD

in the format's early days by MGM, who managed to restore some of the more violent bits missing from previous domestic releases. 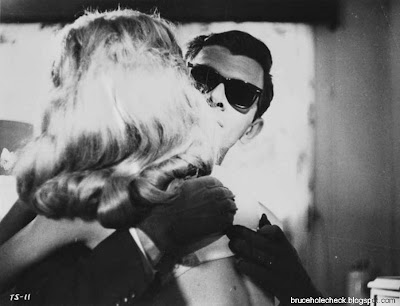 #17: TS-11
Turns out this photo (along with still #1) belongs to Graeme Ferguson's The Seducers (1962), a convoluted-sounding blackmail / psychological thriller released by Joseph Brenner Associates.  The film unfortunately doesn't appear to be readily available, though its trailer is on some old Something Weird compilations. Anyone seen it? 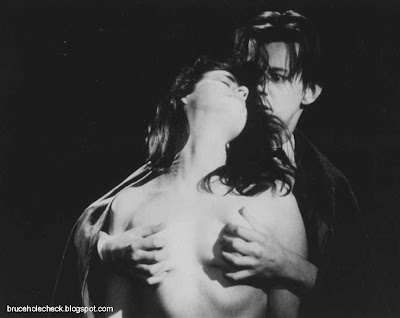 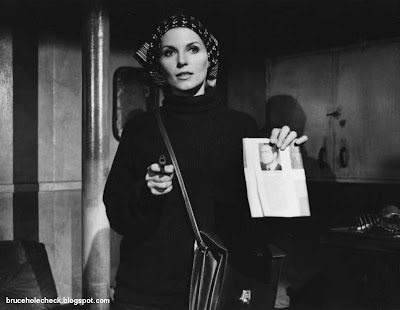 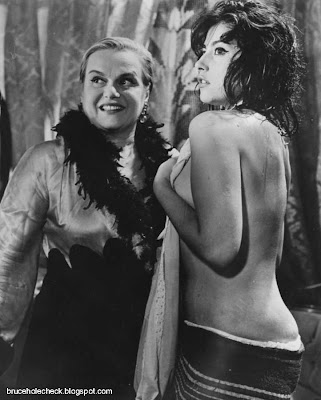 #20: No Markings!
Like what you see? Be sure and check out Grab Bag Photos 1-5, 6-10 & 11-15, some of which are still unidentified. Speaking of which, Name that Movie Monday Challenge #20 is still open; I've since added a few worthless hints for frustration's sake.
And don't forget, our Upcoming Releases List (the best on the 'net) is constantly updated, so stop by and pre-order some cool stuff! Sorry for my persistent grab-bagging in lieu of real posts; I'll try to get back in the bloggin' swing o' things soon and finish up our next In Search Of profile and the ever-tardy Mondo Digital Top Ten of '10 write-up!
© 2011 -- Bruce Holecheck. All Rights Reserved.
Posted by bruce holecheck at 10:29 PM