The VHS Archives: Tony Malanowski's CURSE OF THE SCREAMING DEAD (1982) 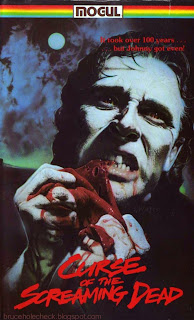 The dead lie restless in their cold sleep, tortured souls waiting for the day they will walk the earth again. Tread not on their grave mounds. Leave them in peace lest you suffer "The Curse of The Screaming Dead". 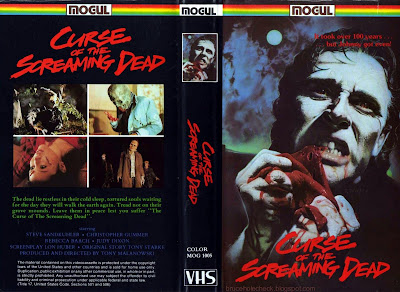 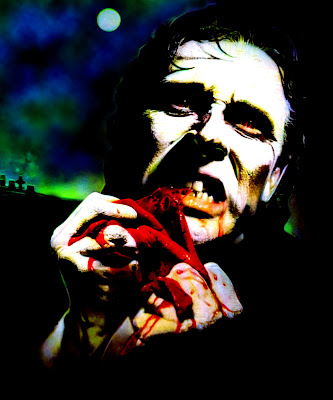 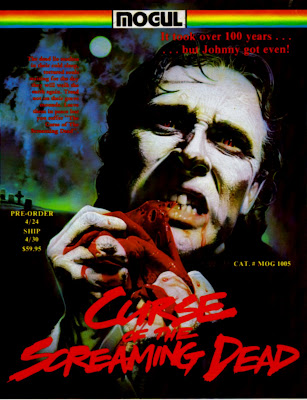 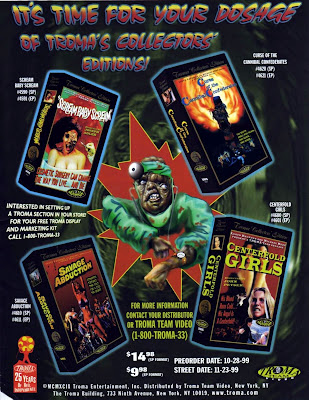 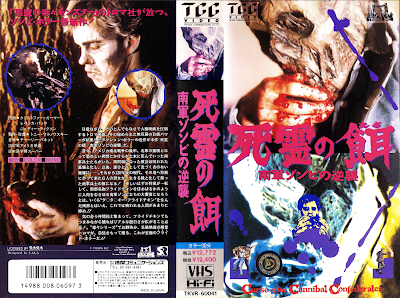 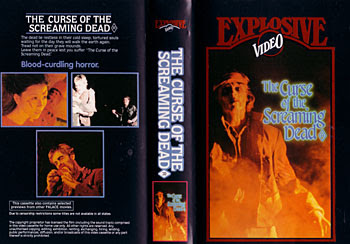 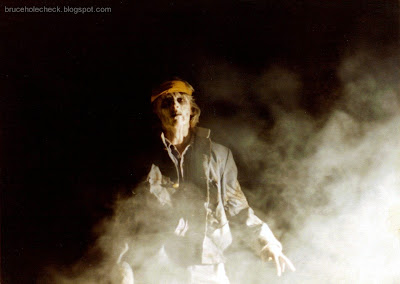 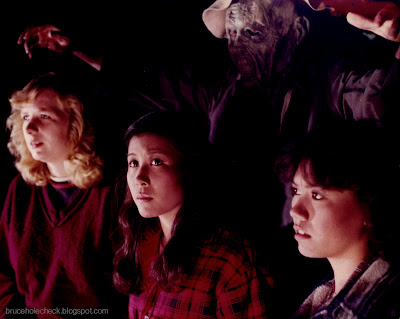 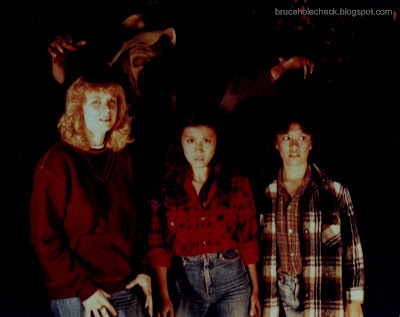 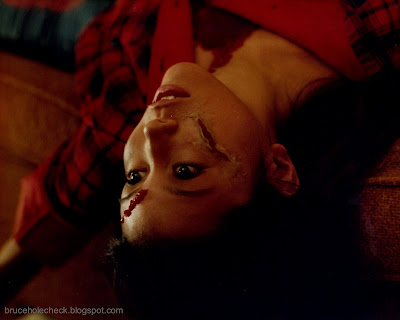 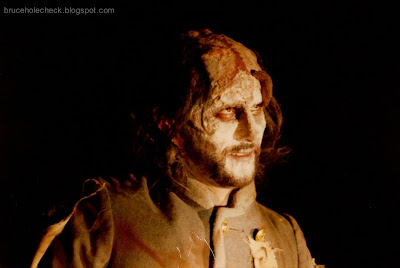 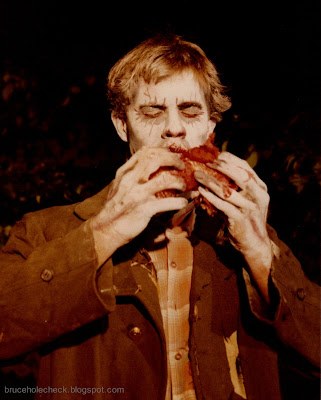 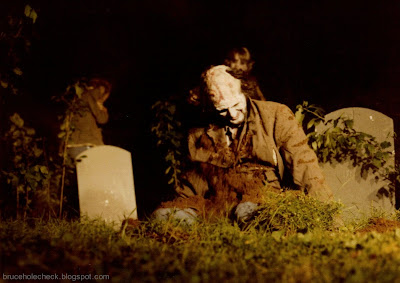 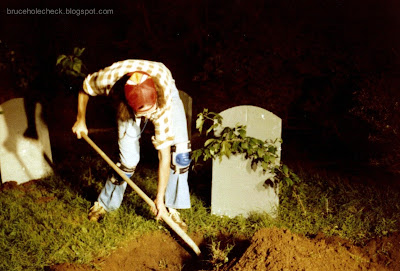 Behind-the-scenes and promo photos courtesy of Chris MacGibbon and Creep Show Radio!  For more goodies, check out our article with screenwriter Lon Huber's recollections -- and be sure to keep reading below for more memories from Mark Redfield!

Notes
After I put posted this profile, I shot an email to Curse of the Screaming Dead actor / make-up artist / 2nd unit director Mark Redfield to see if he had any behind-the-scenes photos for some sort of addendum.  He didn't, but he did give a lengthy response for me to publish; hopefully fans of the film will get a kick out of it!

"I don't have any photos--in fact, I was surprised by the photos that were unearthed for the chapter on Curse in the book 'Nightmare USA' by Stephen Thrower (an ENTIRE CHAPTER!--the mind boggles).

"This film will not die. Strangely, just before Thrower's book was published in 2007, there was a period where people came out of the woodwork wanting interviews and material on this film, and that's how Malanowski and I got back into contact after years of life taking us in different directions. A couple of years ago I acted in another film of Tony's films (he hadn't directed in decades, having been a working editor), an edu-ma-cational piece called The Battle of Bunker Hill. (No redcoat wearin' zombies innit tho...). He's come a long way, even if he went backward in time to do it...

"I love working with Tony, then and recently. For Curse, I was doing a play in college and had grown this beard for the part. Tony and Chris Gummer (the star of Curse) called me one day and told me to bring my make-up kit, 'cause they needed some zombies. Tony took a look at my beard and made me Captain. And that was that.

"Bunker Hill was a great experience, and is a very good film. Night and Day, as it were. Tony rustled up a great deal of production value, hundreds of extras for the battle scenes, and has put together a winning look at moment in American history. It's out on DVD now.

"And in the "you just never know" dept, another Curse co-star, Jim Ball, who since the halcyon days of fightin' zombies (he's the guy who returns the diary to me in Curse), has become a Minister, produced and directed a Christian film called Sins of the Fathers. It's not been released yet, but it's pretty good. In flashback scenes, I play a (what else?) ghost of a mean old man that may or may not be the root of all the problems in the story. Life takes us all down amusing and unexpected paths, doesn't it?

"I just looked at your blog, and have never seen the Clamshell art for that particular Australian edition. My little brother Eric will be pleased to discover that he made the cover!"

Thanks, Mark!  Be sure to check out Redfield Arts for the latest updates on Mark's endeavors!


Looking for Curse of the Screaming Dead on VHS?  It's available on Amazon here.  Troma also issued it to DVD

as Curse of the Cannibal Confederates.


For a look at other labels, check out The VHS Archives!

Posted by bruce holecheck at 6:42 PM