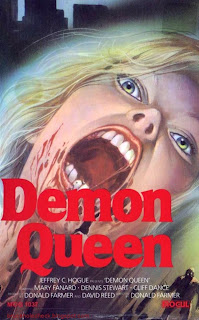 
About the Film
Director: Donald Farmer
Year of Release: 1986
Country of Origin: U.S.A.

Lucinda (Mary Fanaro) is the ice cold, flesh eating, evil Demon Queen on a rampage of lust and terror.. a sinister demon assassin who brutally murders her victims one by one.

Jesse (Dennis Stewart) thinks he has escaped the bloody massacre but, for him is reserved the worst fate of all... 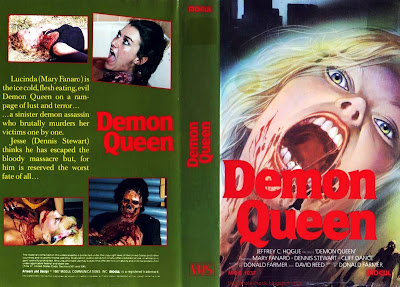 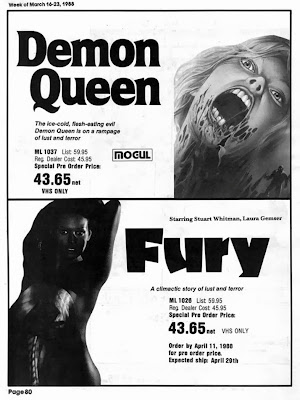 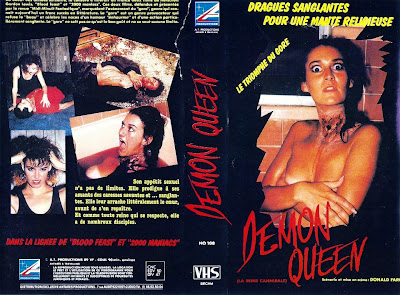 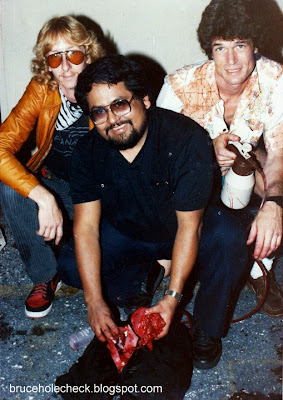 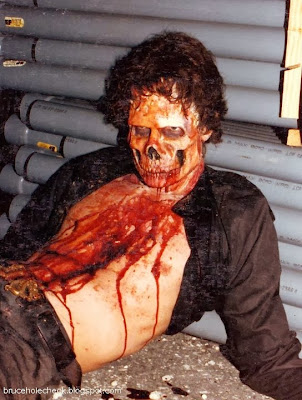 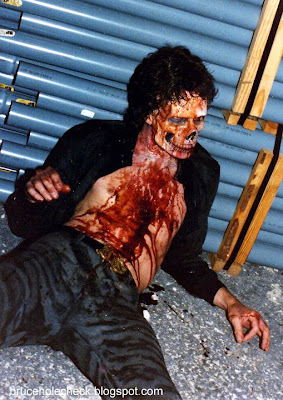 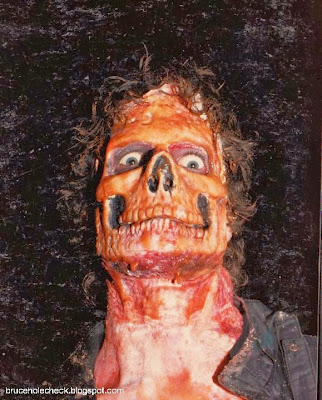 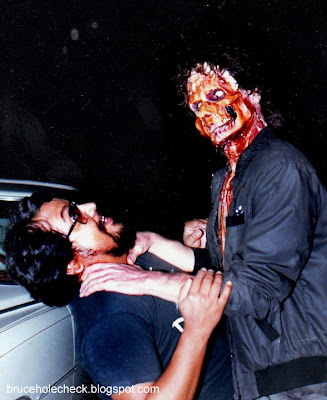 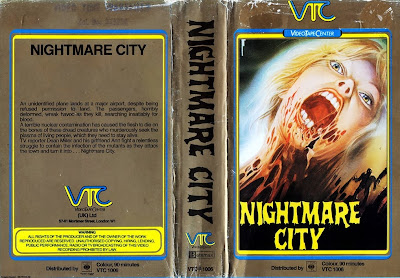 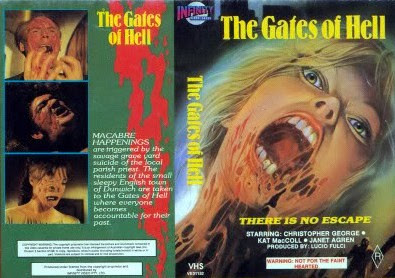 How 'bout triple?  Read on for some interesting details...

Mogul's 1986 Demon Queen release is one of the more recognizable examples of recycled VHS artwork in the format's history.  For years it was thought the illustration was originally created for the 1982 British VTC issue of Umberto Lenzi's Nightmare City. However, Pre-Cert Video member "Hellochas" recently turned up the backstory behind this image.  It turns out the painting is from fantasy artist Les Edwards, and was actually commissioned for the 1976 Corgi publication of Fred Mustard Stewart's book, Star Child.  It was used again for its reissue, pictured to the right.  Excellent work, "Hellochas"! 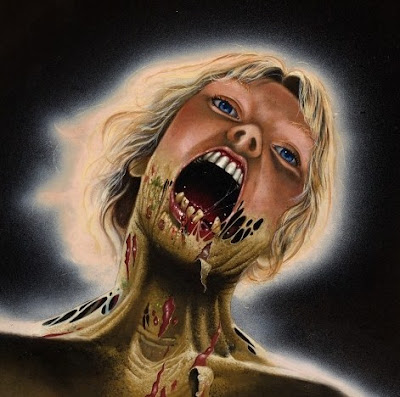 The original 12" x 8" gouache on board piece can be purchased from
the artist's website for a measly $720. Prints are also available.

While the Mogul Communications VHS is not readily available, Massacre Video have since released a nice special edition DVD complete with a director interview, stills collection and more!