The VHS Archives: Aristide Massaccesi's TRAP THEM AND KILL THEM (1977) 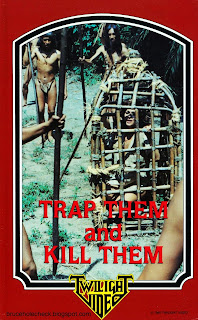 Verbatim Box Synopsis
The Amazon jungle -- so impenetrable that if its natural dangers don't get you ... there's a good chance the aboriginal cannibals will!
This is what four adventurers faced after ignoring all warnings and perilous signals. Their fate -- documented and detailed in this graphic account -- is an experience of such horror and scope that it is advisable to view it with caution. Remind yourself that it is only a movie -- and not the real thing!

Because some scenes are so explicit, children under 13 should not be permitted to see "TRAP THEM and KILL THEM." 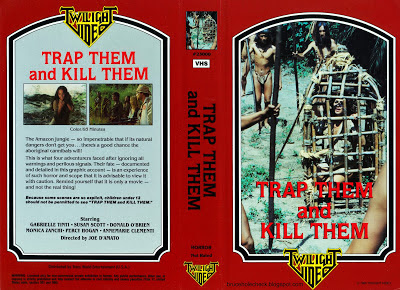 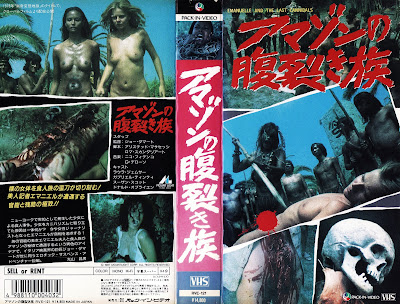 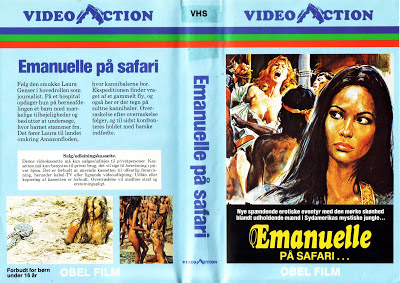 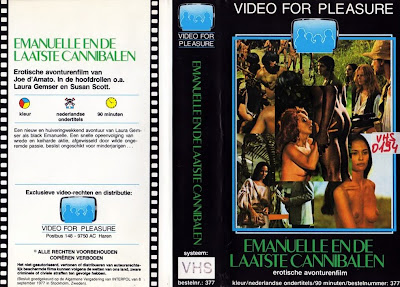 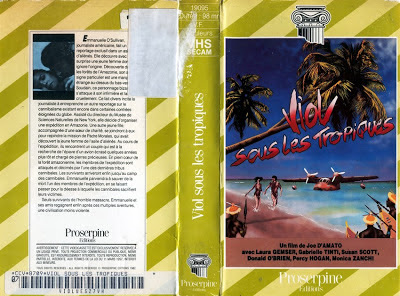 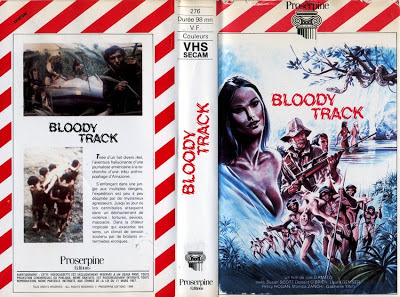 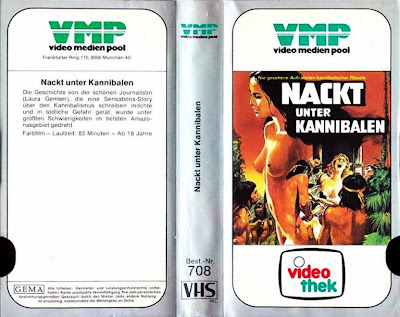 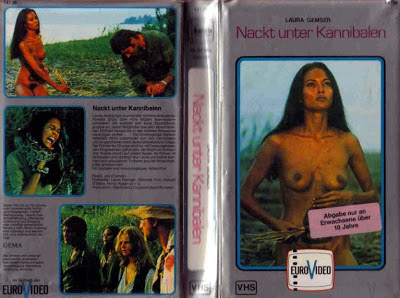 Original Italian trailer, uploaded by "johntrent70"! Chock-full of nudity and gore, so it's not even remotely safe for work, but one watch and you'll be humming the score all day.

Looking for Trap Them and Kill Them on VHS? It's available on Amazon here. Media Blasters have also released a nice DVD as Emanuelle and the Last Cannibals, but it's out-of-print now and starting to get a little pricey.