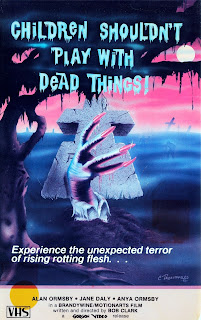 Verbatim Box Synopsis
While preparing themselves for an upcoming play, five aspiring actors are led to a deserted burial ground by their bizarre director/mentor Alan. (Alan Ormsby - "Deranged," "Cat People," "Porkeys II").
Alan, a "Manson type", seems to exert strange control over his group whom he calls his "Children."
At Alan's urging the "Children" dig up a rotting corpse and Alan attempts a revival with various occult incantations.
Unfortunately, in CHILDREN SHOULDN'T PLAY WITH DEAD THINGS, the dead do rise - and they are hungry.
CHILDREN SHOULDN'T PLAY WITH DEAD THINGS thrusts its unwitting performers into a nightmare of madness and murder in a gruesome movie that follows the infamous tradition of "Night of the Living Dead".
Occasionally campy and always terrifying -- don't see this one alone..... 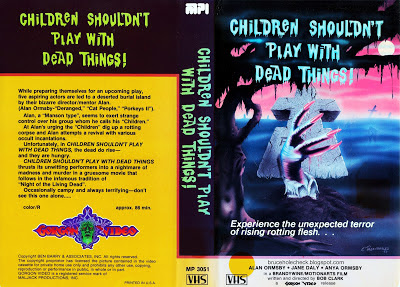 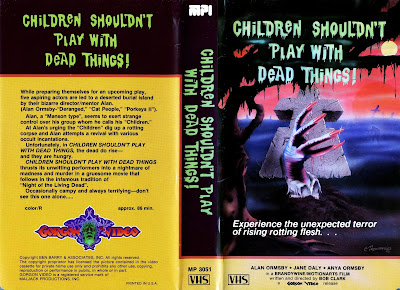 One with a little more color, courtesy reader Scott Gacek! 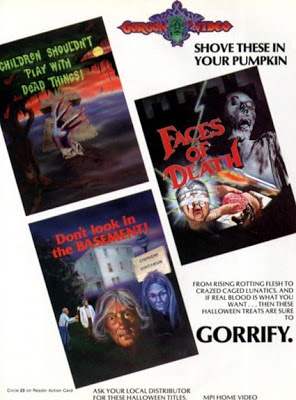 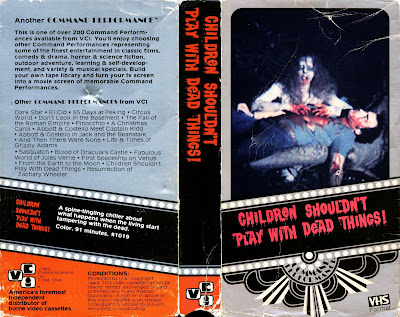 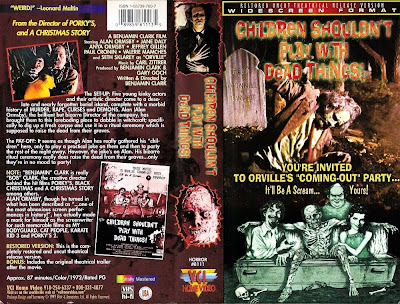 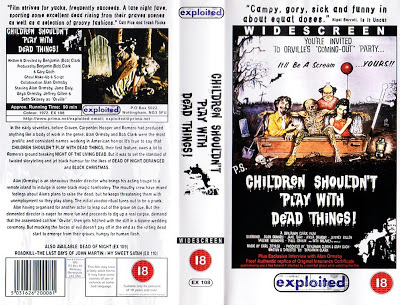 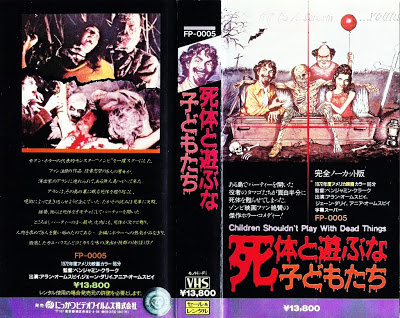 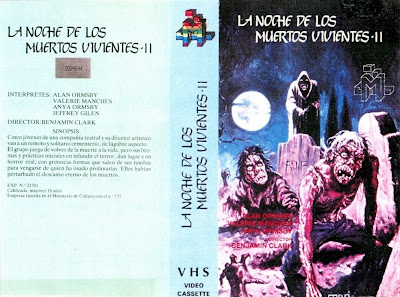 Spanish JML sleeve, courtesy of Mondo VHS! This release tries to
pass the film off as a sequel to Romero's Night of the Living Dead! 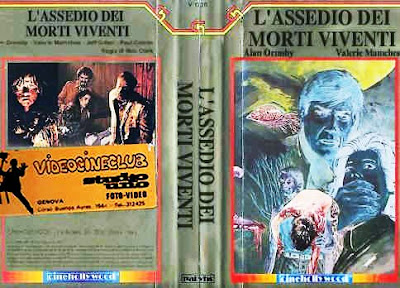 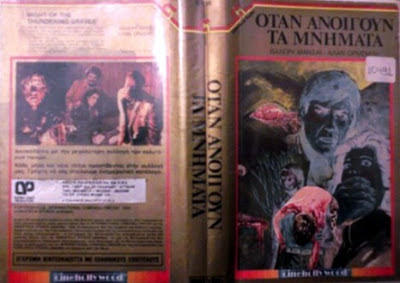 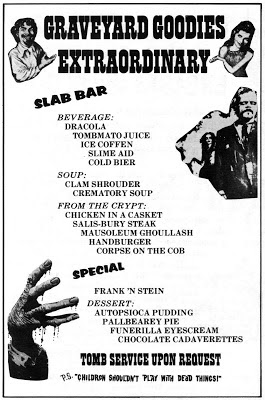 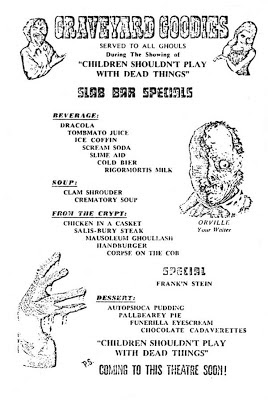 Special snackbar menus issued at theatrical screenings,
courtesy of the Temple of Schlock!

Looking for Children Shouldn't Play with Dead Things on VHS? It's available on Amazon here. It was also released to DVD from VCI, by itself or paired with Roger Evans' Forever Evil (1987).