Welcome back to the ol' Arcana for another round of Grab Bag Goodies!
As outlined in previous installments, I purchased a few hundred promotional stills that have had their title captions trimmed off. Some I recognize, most I don't. It's up to my faithful readership to help me decipher what they're promoting. Hell, solve enough of 'em and maybe I'll send you some of the duplicates I received!
For those not familiar with promo stills, they occasionally carry a helpful hint or two. Some are branded with a cataloging code of letters and numbers which usually signify an abbreviation of the title (sometimes a retitling) and, if you're especially lucky, maybe the year of release (not to be confused with year of production). And that's pretty much all we have to go on...
The thirteenth batch is below; let's see what you've got! 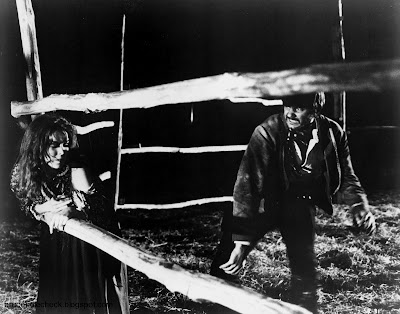 Spaghetti Cinema's William Connolly is no stranger to Luigi Vanzi's The Stranger Returns (1967), the middle entry in Tony Anthony's popular trilogy. This one finds him trying to take down a gang of stagecoach thieves (literally -- the coach is made of gold!) for a hefty bounty. Though there's an old bootleg double-bill out from Alfa Digital, the best option is the brand new remaster (as Western Jack) courtesy of Germany's Colosseo Film. 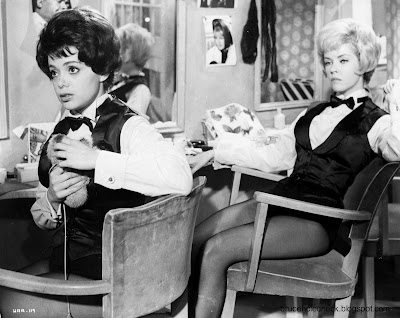 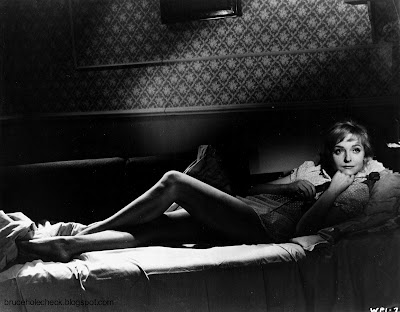 Turns out this is a still from Veit Harlan's Magdalena (1958), a German import originally titled Liebe kann wie gift sein (Love Can Be Like Poison). Brought to the U.S. in 1960 and "introducing the Sensual Sabrina," the movie follows the titular bad girl from boarding school goody-goody to drug-addled prostitute. I've never even heard of this prior; has anyone seen it? 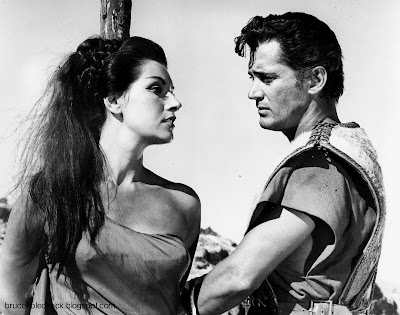 Big Bad Bill Connolly makes it two this batch by placing Helga Line and Tony Russel in Alberto De Martino's The Secret Seven (1963)! It's Peplum Time as only the Italians do it, this time taking a beat from The Magnificent Seven in this story of rebel slaves trying to overthrow a tyrannical king. Though it gained theatrical play worldwide, it's tough to find nowadays and apparently the only English-language game in town is an old Dutch tape titled Invincible Seven? 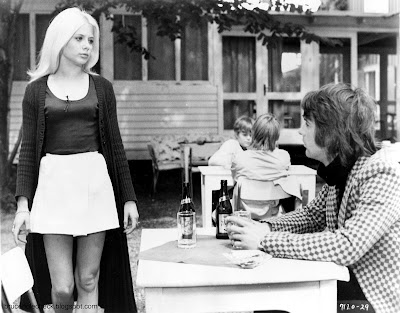 Temple of Schlock's Chris Poggiali IDs some Swedish sexploitation with Vernon P. Becker's Dagmar's Hot Pants, Inc. (1971). This Copenhagen call girl romp follows a hooker who's closing up shop for good, ready to settle down for the boring housewife life.  Of course, some other folks have some other plans... Not sure if this was ever released to VHS Stateside, but it has been playing cable lately, so check your listings!
Like what you see? Be sure and check out our previous Grab Bag Photos, some of which are still unidentified.  And don't forget, our Upcoming Releases List (the best on the 'net) is constantly updated, so stop by and pre-order some cool stuff!
© 2012 -- Bruce Holecheck. All Rights Reserved.
Posted by bruce holecheck at 2:25 PM